Skip to content
52 Comments on Youngster Set For Shock Liverpool Debut Against SionPosted in Liverpool By By Far The Greatest TeamPosted on October 1, 2015November 5, 2015

Ahead of their Europa League clash against Sion tonight, Liverpool youngster Jordan Rossiter has been pictured training with the first-team after it was confirmed he will feature in the game.

The Reds’ boss Brendan Rodgers revealed in his press conference on Wednesday that Rossiter, 18, will play in the Europa League encounter against the Swiss side later tonight.

With the Merseyside derby against Everton next weekend in mind, Rodgers wants to make changes to his team and it will be interesting to see how Rossiter copes against Sion.

As per report, Rossiter looked pretty comfortable in training and fans will be looking forward to what the teenager will offer to help Liverpool secure victory tonight after playing out a 1-1 draw against French Ligue 1 side Bordeaux a fortnight ago.

As a Scouser, the 18-year old is one that many fans will be looking forward to because of the lack of players from the Merseyside area in Liverpool’s first team squad at the moment. Rossiter scored in his debut last year for Liverpool in the Capital One Cup against Middlesbrough but he has been used sparingly by Rodgers since then.

Jordan Henderson, who was made captain after Steven Gerrard’s departure to the MLS at the end of last season, is out injured but it is unlikely Rossiter will be brought into the Premier League first team anytime soon.

Brazilian midfielder Lucas Leiva has formed a good understanding with James Milner in the middle of the park, but Rossiter could be an ideal option on the bench.

Here are some of the images of Rossiter from training on Wednesday: 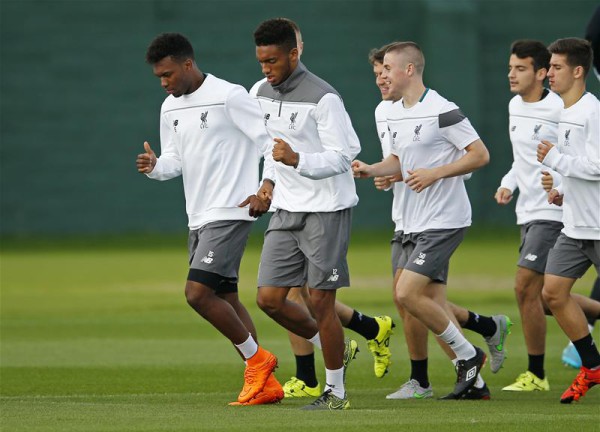 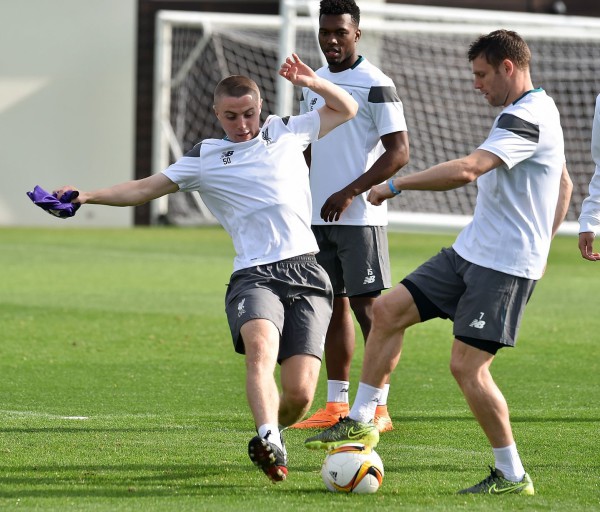