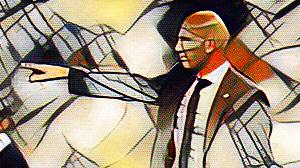 Zinedine Zidane is currently in the same category of manager as Sean Dyche.

Already I can hear the reaction of the majority of people who just read that sentence:

Fear not, I haven’t lost my mind yet. In fact, by the end of this page I’m sure some people may actually agree with me and this is not, actually, the ramblings of a madman.

Tonight, Zidane lead Real Madrid to their eighth consecutive Champions League quarter-final and their third under his tenure. Madrid swept Paris Saint Germain aside with a 5-2 aggregate, a team who many tipped as one of the favourites with the arrival of Neymar and Kylian Mbappe. This was to be the year PSG took it to the next level, the culmination of hundreds of millions of euros and season after season of underachieving in Europe.

That was, until, they ran into a team and a manager who have become masters of the Champions League. No matter their league form, no one can deny that in a one-off European night, there is no team that can raise their game like Madrid can.

The leaky La Liga defense was a well-oiled machine against one of Europe’s most frightening attacks, even without the injured Neymar. The midfield once again looked calm, composed and always in control, and never needed to go past second gear once Marco Verratti received his red card on the 66th minute.

Up front, Ronaldo scored his 12th goal in eight Champions League games. A stuttering league tally maybe, but a reminder that he is still one of the greatest goalscorers in history.

So, another stellar European night for Madrid to paper over the cracks of their poor domestic season. But, it’s those deepening cracks which could be the undoing for Zizou.

In La Liga, Madrid are 15 points behind Barcelona, an almost unacceptable tally in any other season. However, even the Madrid faithful, who swing from adoring to incredibly unforgiving in a matter of 90 minutes, have granted Zidane some poor performances in light of what he has given the club.

A legend as a player, Zidane coached the Castilla youth team before replacing the somewhat unfairly treated Rafa Benitez in January 2016. Since then, Madrid have *only* won La Liga once, last season beating Barcelona by three points. With a team which steamrolls any opposition in the Champions League, why can’t the same be done in La Liga? Especially as Barcelona in recent years have been criticised as a shadow of the pioneering Pep Guardiola team.

Losing 1-0 to Girona, who in fairness have had an impressive season, and then dominating PSG just two weeks later leads to the possibility that Zidane has maybe found his niche in the Champions League.

As niches go, it’s not a bad one to have.

It has been said that some great club managers don’t make great national team managers. Joachim Low has never had a sniff at top level club management and yet has lead Germany to World Cup glory. With that in mind, it’s not too much of a leap to say that even within the world of club football, managers can be said to be better at cup competitions than domestic seasons.

There are endless amounts of variables when it comes to cooking up a great manager. Looking at Gennaro Gattusso, some are great motivators. Others like Jose Mourinho and Rafa Benitez, use their undying pragmatism as their strength. An unlucky few are just dreadful at what they do. Sorry Pardew.

Dyche is undeniably at the perfect club for him as a manager. A team with his DNA running through its core, he lives and breathes the Burnley way of life. Organised, defensive football mixed with a group of players who would cheer a slide tackle and boo a rabona, Dyche has found his niche and is happy as can be. Mid-table security has become his bread and butter, and as long as the fans are happy with it, why change?

Zidane can be compared to Dyche in that he is at his best when his element. For him, it is when Madrid play in the Champions League. A World Cup and Champions League winner, Zizou is at home on the big stage. He may not have the attributes yet to be a great league manager, but in cup competitions and one-off performances, the Frenchman is king.

The big question to ask is, at another club, where he hasn’t been part of the system since the turn of the millennium, would he succeed? Knowing Florentino Perez as we all do, the day will certainly come when we find out. Until then, Zizou can continue to win Champions Leagues. I don’t think he’ll mind much.