Skip to content
Posted in Transfers By By Far The Greatest TeamPosted on September 2, 2014July 14, 2017 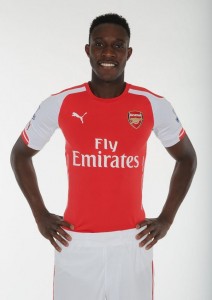 Manchester United fan and former striker, Danny Welbeck, has been pictured in an Arsenal shirt for the first time since his £16m move to North London.

Yesterday, Arsenal denied that Welbeck had been present for a medical. When this news was relayed to Arsenal supporters outside the Emirates on Sky Sports News, they cheered. After losing out on Radamel Falcao to Manchester United, they were clearly hoping for a stronger calibre of player.

However, the move was confirmed a few hours later.