You can find pockets of various cultures and nationalities in London. Since 2011, the south-west of the capital has experienced an ever growing community of Spanish footballers.

Of course, Chelsea is no stranger to Spaniards. Albert Ferrer was first and was joined by Enrique De Lucas in 2002. Asier Del Horno joined the group for a year in 2005.

The four appeared on stage together last month at Stamford Bridge for “An Audience With . . . .,” responding to questions from and interacting with supporters. They all spoke fluent English, never struggling in communication, with their other teammates.

The three arrived later and have credited Torres with helping them settle. However, when he sat down with the official Chelsea website, the striker modestly rejected the notion of the other three looking up to him.

“No, I am not the father figure!” he laughed. “You have all the things you learned in your head which you can use for the good of the team, and that’s what I do here. But I don’t like to be a leader, maybe an example as someone to follow-if you like.”

“We are all still young and friends. Juan and I have been friends and playing on the national team since the Confederations Cup in 2009. I was so happy when he came here. We have helped Oriol settle and now, Azpi. There is also staff. I think there are a total of seven of us in the dressing room. So it makes it easier for the new guys to have people here to help them. “

“There is no leader required to talk for the others. Our job is to help each other. It’s not a job for which, Juan has to thank me. “

“I remember the first time I arrived in Liverpool. Pepe Reina helped with everything. He made it easy for me. When I was the captain of Atletico Madrid, I tried to help everyone. These are the basics in football. You need to create an atmosphere and try to create a group of friends. It’s not easy and it doesn’t always happen, but you have to try.”

“It’s what I learned when I was 16. When I arrived in Atletico’s dressing room, nobody wanted to talk to me because they were threatened. They called me “El Nino” because nobody knew my name. I didn’t like it and it shouldn’t have been like that. Dressing rooms are very complicated, having players from different parts of the world and having different roles.”

“I was captain in Atletico at 19. I played on the same team as Demetrio Albertini, who won three Champions Leagues and Sergi Barjuan from Barcelona, who won everything. They were 32 and 33.”

“As captain, I was just a kid learning from them. I wasn’t the real captain. I wore the armband but they were the leaders and I learned a lot from them.”

“It’s not easy to arrive new and find your place. You might feel as though someone doesn’t like you or you might need to find new friends. It’s not easy and I don’t like it. It’s not easy.So you want to protect the players who are alone.”

“I am quite shy and calm but it’s very difficult to play for and support Atletico Madrid when the Real Madrid is located in the same city. They are the biggest club in the world and you quickly learn to fight against the injustices you feel, being the smaller team.”

The one injustice Torres currently sees in the Chelsea dressing room is the lack of space afforded him by a certain teammate. Mata recently admitted to the official club magazine that the former Liverpool man is growing a little exasperated with the playmaker’s messy locker next door. Upon being asked the question, Torres responds with a simple shake of the head. He is clearly not impressed!

“Juan? Yes. I just want to move my locker,” he says, as another smile creeps across his face. It’s not so bad because I want him next to me, but I have to be on top of him all the time because it’s a mess. It’s a mess. I don’t know if I can describe it. There are magazines, letters, pictures, clothes, creams, everything! He cannot open the door. If he did it would make a bigger mess.”

Fortunately the pair is linking up better on the field, but there is also plenty of time to spend as a group, away from the club.”

“Sometime we go to dinner or meet at each other’s homes to watch our favorite TV shows” confirms Torres. When you’re in a new city, you try to be with people you know. You then, make your own friends. However, we can all join together as well.”

It is this united front that has brought us success this far and delivered two trophies at the end of last season. Torres readily admits he has had to learn sacrifices for the greater good. Those who see the effort in his performances cannot question his commitment. Last week he received his Golden Boot award for Euro 2012. He explained individual acclaim is not possible without superb teamwork.

“Football is a team sport and not an individual sport. We win as a team and every individual is better if we are part of the team” he stresses. “If we win trophies, we have the chance to win individual awards because it comes with the team targets.”

“If we win the Champion League, everyone is a better, more recognized player. If you win an individual award and nothing with your team, it means nothing. You have to win with the team and for the team.”

“In your life you go through a difficult situation or a very good situation and you have different moods, but you learn things from your experiences.”

Revealed – Abramovich sacked Jose Mourinho because of these two players 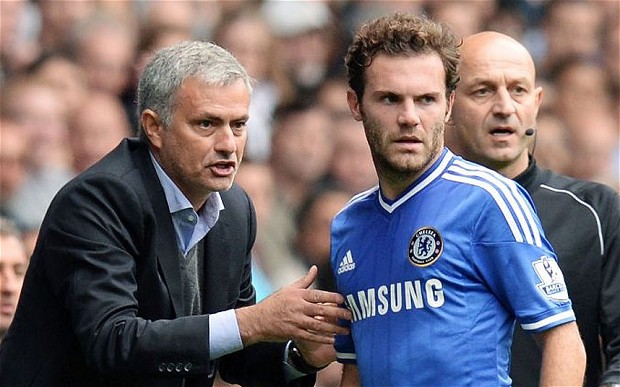