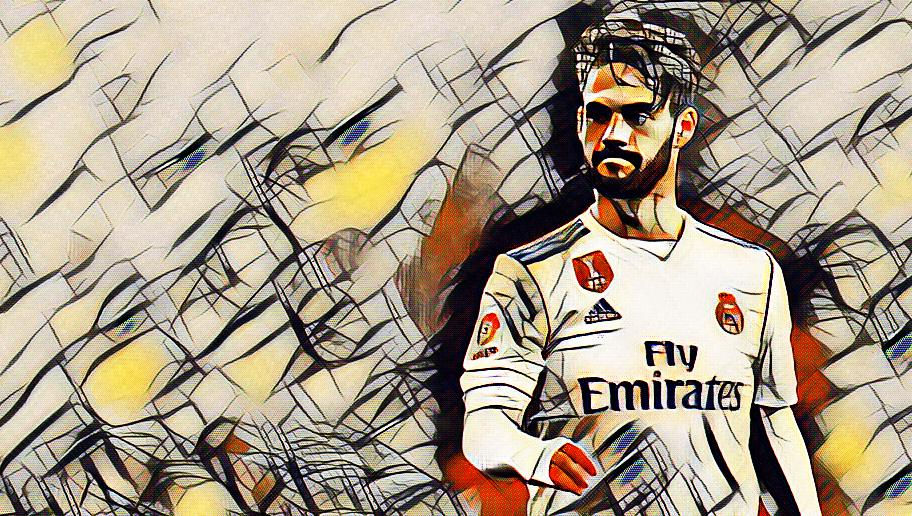 Isco’s free-kick against his former side, Malaga, was everything you need to know about the Spaniard encapsulated in a moment. A 25-yard effort bent perfectly over the wall before nestling delicately in the corner. The flight of the ball calculated precisely by an exceptional football brain, and carried out with beautiful technique. But, it was his celebration, or lack of, which gained the plaudits. By now we’re used to players not celebrating against former clubs, but rarely do we see them apologising and receiving a round of applause. A classy touch after a classy free-kick by the classiest of operators.

The appreciation of Isco by the Malaga fans shows the level of respect that the 25-year-old arguably should be getting from the rest of the football world. It’s been five years since the attacking midfielder dragged Malaga to the Champions League quarter-finals, winning the Golden Boy award in the process.

However, in what should be the prime of his career, you can’t help feeling as though Isco isn’t held in the upper echelons of the world’s best, neither by media nor as it seems, his own club. Of his 27 league appearances this season, eight have come as a substitute, with his role as a guaranteed starter still not secure. He can thank the competition of Marco Asensio for that, and the almost obligatory selection of Gareth Bale despite the Welshman’s Madrid career clearly numbered.

Out with the bubble of Real Madrid however, the perception of Isco is that he is still in the shadow of the veteran duo of David Silva and Andres Iniesta. Both players are so ever-present for their teams, the squad is presumed to be weaker without the little magicians. Again, this is where Zinedine Zidane’s reluctance to drop Bale hurts Isco’s potential.

Whilst Iniesta’s powers are clearly waning with age, this season Silva has been praised, and rightly so, as one of the key players in Manchester City’s title win. Yet with Isco it’s nip-and-tuck in terms of stats, despite being part of Madrid’s sub-par season. In fact, he has a better goal-per-game ratio than Silva and only marginally worse assist ratio. Silva edges it in terms of passes per match (88 to 77), but both have the same pass accuracy (89%) and Isco has completed more dribbles (49 to 36).

Perhaps because Isco plays in a ‘free role’, drifting in and out of advanced positions without much defensive responsibility, the expectation for goals and assists ramps up. Whereas Iniesta and Silva are regarded as deeper-lying playmakers, their true genius relies on their ability to dictate a game rather than the end result.

There is also a taboo in football culture, to compare any player to Lionel Messi’s style of play. Maybe because every 14-year-old with a YouTube compilation is labelled ‘the next Messi’, but it’s not a crime to compare some (emphasis on some) parts of a player’s game to the Argentine without comparing them as a whole. The likes of Mo Salah and Isco for example, have close control so impeccable it’s up there with Messi’s standards.

It may be a case of untouchable reputations, with Iniesta and Silva winning everything there is to win between them and making their mark on football history. Only when they retire, might the focus shift to Isco and finally he can be recognised as one of, if not the, world’s best playmaker.

But, Isco is already part of a Madrid side which has won three of the last four Champions Leagues, where he has featured in all of the finals. Already, that’s more than David Silva can say and at international level, he is still a cut above. In Spain’s recent friendly with Germany, Isco and Iniesta made a mockery of their opponents, dancing past players and weaving delightful one-two’s. It may have been a friendly match, but this is the world champions, and the level of football played wouldn’t look out of place at the World Cup Final this summer.

If Isco can recreate that level of performance at the real tournament, and Spain go on to win, surely the media will have no choice but to put him comfortably in the ‘world-class’ bracket.