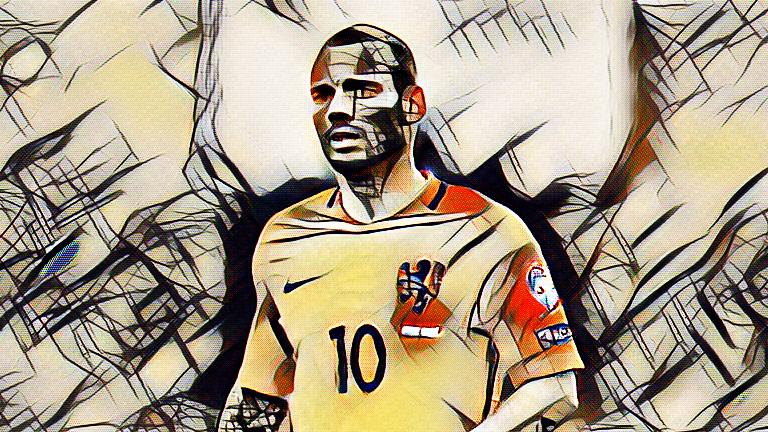 After Neymar’s arrival, it’s Nice’s turn to sign a star player. Last year Nice already had big deals on the transfer market with Brazilian Dante from Wolfsburg and with Mario Balotelli who was able to revive his career in the club from the south of France.

It is mainly the purchase of Mario Balotelli which made a big noise in the hexagon. The player, well known for his special trait and some crazy things, has proved to everyone that he can be the player expected. With 15 goals in 23 appearances, Lucien Favre succeeded to make the most of his attacker.

Monaco was champion last year but like every year they didn’t manage to keep their best players,  at contrary Nice is able to keep their players to build a strong team, able to compete with top teams like PSG. Last year Nice was at the first place of the table during more than 15 games, and rivals started to ask themselves questions on their capabilities to catch up.

Now, let’s talk about the new one: Wesley Sneijder. After 4 years in Galatasaray, the 33-year-old Dutchman come to Nice with a good year in terms of performance. With 15 assists and 5 goals it’s one of his best season since his peak during the 2010 World Cup. Coming to Nice, he finds Mario Balotelli with whom he played at Inter Milan in 2009-10. In that season, Wesley Sneijder and Mario Balotelli scored a combined 19 goals and produced 24 assists. The duo will now hope to bring some success to the south of France.

Despite his age, he is still the midfield leader able to deliver crazy passes and dribble and moreover a very good improvement for Nice on free kick and corner.

Looking at Nice squad rotation show that there is a lack in the midfield, moreover if you look at experience: midfield age average is only 21,5 year old (not counting Mounir Obbadi and Albert Rafetraniaina who did not play a lot) Intake of an experienced player like Wesley Sneijder in such a young team would improve both the midfield and the whole team. This will undoubtedly allow Nice to achieve a very good season as last year.

When Neymar come to PSG for more than €200 million, Wesley Sneijder come for free in Nice, like Mario Balotelli in 2016 or Christophe Jallet earlier in this summer. Well, it’s not the same kind of player but in term of marketing it’s also deals that can improve international exposure and merchandising.

Nice management is all about a good chemistry: build a stronger team year after year with players coming from the academy and add some useful and experimented players not only on the field but also in fighting spirit and competition.

Nice is not the only one to use this contribution of old players. PSG, during the beginning of the Qatari era, had to buy players like Alex or Maxwell. Monaco did the same with Ricardo Carvalho and Dimitar Berbatov and Marseille in the same way with Lassana Diarra. But all these teams had to pay a lot of money to attract these players while Nice suceeded to buy them with much less money and a better vision of what they want in future.

In fact Nice use his money to invest on young players : they signed Wylan Cyprien for €5 million last year and recently Allan Saint-Maximin from Monaco for €10 million which is the biggest amount for a transfer in Nice.

This strategy, begun on the arrival of Claude Puel and pursued by Lucien Favre, could pay off in the coming years. Against the other Ligue 1 teams who do not have a real strategy for the future, Nice could become a great club if it continues to tie local youth and experienced players, moreover if they have the same pedigree as Wesley Sneijder.