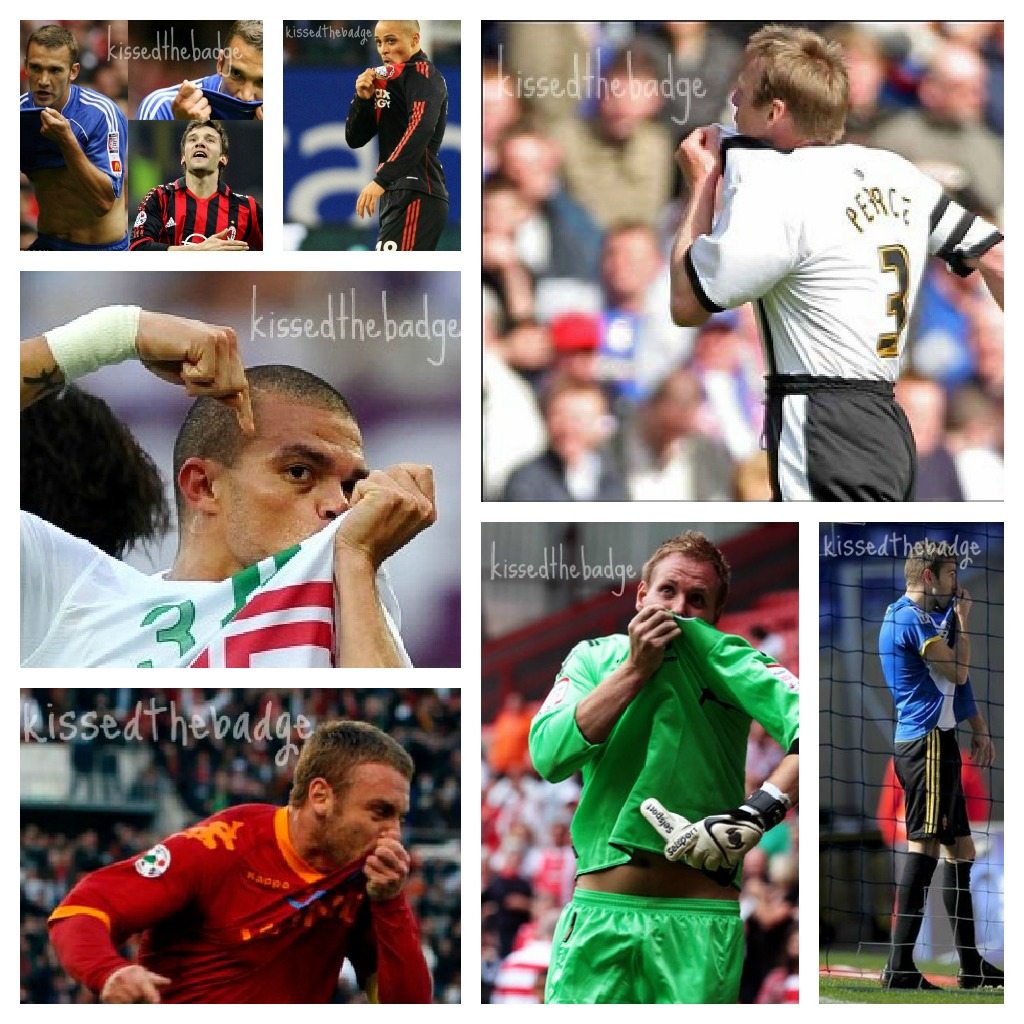 1. Andriy Shevchenko spent seven seasons at AC Milan before making that £30m move to Chelsea. After scoring his first goal on his début for the Blues in the Community Shield against Liverpool he kissed their shirt. The Italian press and fans of his former club reacted badly when the footage made its way back to Italy.

“I am telling you the truth, that the only shirt I kiss is the one of my country,” he said. “That is the one that matters for me.”

Shevchenko was loaned back to Milan after two disappointing seasons in London, where he scored a total of 9 Premier League goals, but was called a “traitor” by some of their fans.

“I am not a traitor,” he said. “I never kissed the Chelsea shirt.” The pictures and video footage suggest otherwise, Andriy.

2. Sidney Sam joined Hamburger SV when he was 16-years-old and spent six years at the club before being sold to Bayer Leverkusen. A few months after signing for Leverkusen he played against his former club at his old ground, scored a goal in their 4-2 win, and kissed the badge.

3. Stuart Pearce spent 12 years at Nottingham Forest and played in over 500 games for them. When Forest were relegated in 1993 he stuck with them and helped them win promotion back to the Premier League. He became their caretaker manager in his last season at the club and even managed to win the Manager of the Month award in January. Forest were relegated though and he left at the end of the season.

As a devoted Forest player, he obviously hated Derby County, and explained this relationship in the book Deep into the Forest.

“No disrespect to Derby,” he said in 2005. “But I have to say I could never work for that club in any capacity. And I mean never. People might say I’m being ridiculous but that’s just just the way it is. Even if I was desperate and they were the only club around, I couldn’t do it. I’d rather go on the dole and take my chances. Away at Derby used to be the highlight of the season for me. I used to walk out at the Baseball Ground and give their fans a girly wave. Then it would be over to the Forest fans to give them a proper salute. I’d do the same in front of the Kop at Anfield as well – just to stoke up that little extra bit of ill feeling, you understand? There would be old woman at Derby shouting and screaming at me, coins landing round my feet and people spitting at me whenever I turned my back to take a throw-in. Christ, they bloody hated me. But, for me, that’s what football’s all about. I would think: ‘Yeah, that’s right, give me as good as you can – I’m representing that lot in the corner over there.’ Honestly, I used to love nothing more than walking out at a ground when you knew everyone hated your guts.”

Then in May 2006, he wore a Derby County shirt when playing in Ted McMinn’s benefit match against Glasgow Rangers. When he scored a goal, he kissed the badge in front of the Derby fans. We’ll assume he was on another wind up!

4. After putting Portugal 1-0 up in their second Euro 2012 game, Pepe was seen celebrating grabbing and kissing the badge.

“I’ve already made it clear how much love I have for Portugal,” he said two years ago. “I feel more Portuguese than Brazilian. I feel this country and I still owe so much to the people.”

5. Daniele De Rossi joined Roma’s youth set up when he was 17-year-old and is the son of former Roma player and current Roma coach, Alberto De Rossi.

“What drives me to stay here, to do my job with so much passion is this team, this city and its people,” he said, after signing a new five year deal earlier this year.

6. Robbie Elliot joined his boyhood club Charlton Athletic when he was a teenager and made his début when he was 21-years-old.

He became #1 the following season and stayed there for the following three seasons. “I think the fans can relate to me,” he said after signing a contract extension. “I’m a local lad, a Charlton fan, and last year they could see I cared so much about the club. Being the keeper you often seem to have a special relationship with the fans as they’re so close to the goal. They’ve been brilliant, the atmosphere has been great and we just need to keep it going.”

On the opening day of the 2008-2009 season, Charlton won 3-0 and Elliot kissed the badge. Then three weeks later, Elliot signed for Newcastle, with Charlton making allegations of him being tapped up.

Addicks chairman Michael Slater told his club’s official website: “It is well known that Rob is in the last year of his contract, but this does not mean that clubs are entitled to approach and speak to him without our authority. At no time did we give Newcastle permission to speak to Rob. Having considered the evidence we have received, we are confident that once the governing body investigates the matter, it will conclude that approaches have been made directly and indirectly to Rob and our complaint will be upheld.”

Newcastle had an £100k offer rejected before he joined them for an undisclosed amount.

“I am looking forward to the challenge of joining a club like Newcastle United,” Elliot said after signing. “This is a huge club and a huge opportunity for me to learn from two of the best keepers in the division.”

7. Luis Garcia spent six years at Espanyol before leaving for Zaragoza on the final day of the transfer window. Three weeks later he faced his former club and scored both goals in a 2-1 win.

Several months later, Garcia returned to the Cornella-El Prat stadium and was again on the winning side. After the full time whistle, he swapped shirts with one of his former team mates and he kissed an Espanyol shirt in front of his old fans!

They love the badge, the fans, the city… Not the money

What can England hope for with Stuart Pearce in charge?

The death of Clough’s Forest and the immediate rebirth