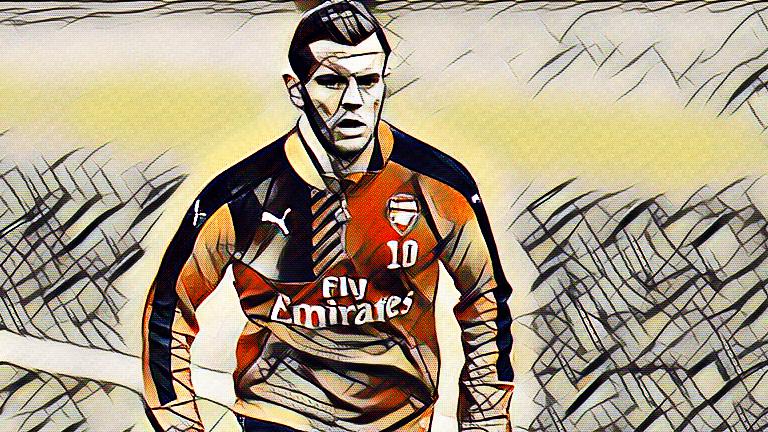 Since breaking into the Arsenal first-team at the age of just 16 years as well as the full England squad at the age of 18, Wilshere’s career has unfortunately been hampered by a series of injuries. At the age of 25, all is not lost for a player looking to fight his way back into Arsene Wenger’s plans, and potentially even book a place on the plane to Russia in the summer.

Following a season-long loan at Bournemouth, Wilshere is finally easing his way back into the Arsenal team through Europa League and EFL Cup appearances, as well as brief cameos from the bench in the league. Indeed, he came off the bench to assist Aaron Ramsey’s goal in the 5-2 win at Everton, albeit against a side in disarray at the moment.

Such accumulation of game-time experience is exactly what is required if the midfielder is to reach the same levels he produced when imposing himself against Andres Iniesta and Xavi in Arsenal’s 2011 Champions League victory against Barcelona. If Wilshere can retain his match-fitness over a long period of games, and this is clearly conditional given his history of injuries, then there is no reason why he cannot be a valuable asset to Arsenal.

Wilshere is versatile as a player, with the ability to pick up the ball in opposition danger areas and create chances, exemplified by his involvement in Olivier Giroud’s spectacular goal against Red Star. Wilshere looks to get his head up and play through-balls as well as quickly interchanging the ball with other attacking players. Often he picks up the ball with his head up, instantly looking at the options in front of him. He is creative in that sense.

In the image below, we see him picking up the ball in enough space to create an opportunity for Arsenal. His first touch took him into the space ahead, where his natural instinct was then to look to play a ball over the top for the onrushing Giroud. Such attacking positioning is reflective of a number 10, central attacking midfielder. His inclination to take up spaces in behind the opposition’s midfield was also evident when he came on against Everton. Such positional play can provide vital transitions from defence to attack. Yet, there is another side to Wilshere’s game. He can also track back as well as going forward as a genuine box-to-box player. He has played for England in more defensive roles in the past. In the image below, Wilshere is bursting his lungs to provide defensive support as Arsenal went in search of a late goal against Red Star, proving that he is a player that can cover plenty of ground. Players such as N’Golo Kante have done this to great effect in recent years. With nearly 70 minutes on the clock, Arsenal were inclined to attack and take this game to an opponent that they were expected to beat. However, when instances required them to retreat, Wilshere was one of those required to get back quickly. Despite his ubiquitous and dynamic style, Wilshere will need to work on his sharpness and consistency when finding accurate passes to feet more often. This will come with more game-time. Moreover, for a player that looks to burst towards the edge of the opposition penalty box, when given license to attack, Wilshere does not score that many goals. Having the confidence to get away more shots could take his game to another level in terms of goal-scoring potential.

Obviously, the main worry with regards to the Englishman is whether he can stay injury-free. Many doubts are still attached to his name in this regard after all. He has shown plenty of character to keep coming back from the injuries he has already suffered, yet there is only so many times this can be done in what is a relatively brief professional career. If Wilshere can get a good run of games under his belt, then there is enough potential for him to get his career back on track.