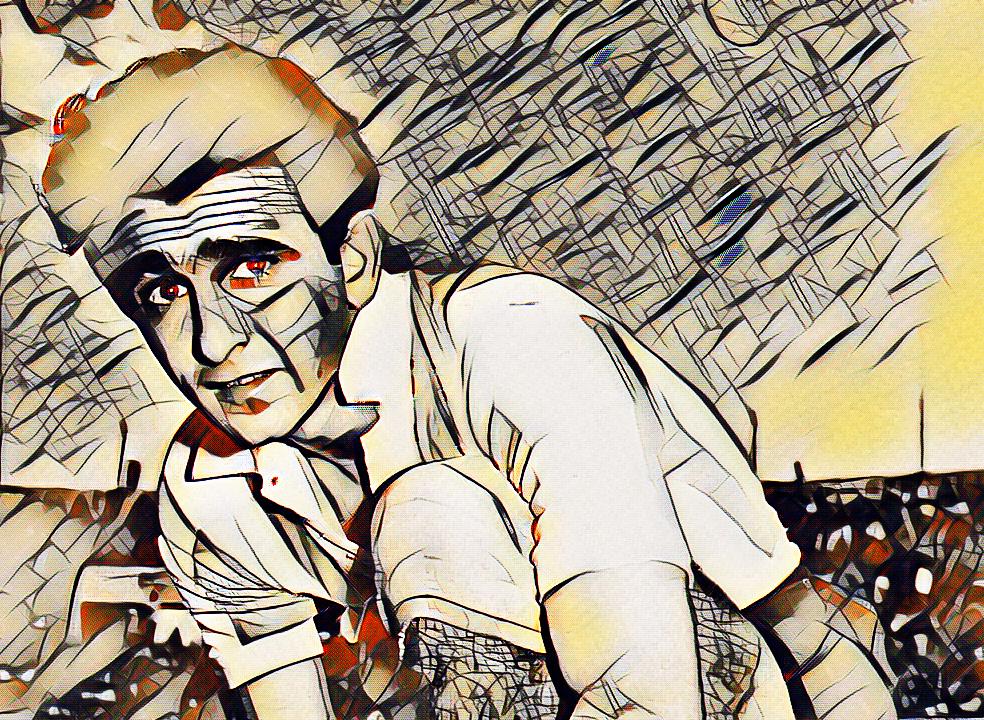 By many described as a genius on the pitch but a disaster of it. Omar Corbatta was one of the earths most gifted players in the history. He scored a marvellous goal against Chile in 1957. A goal that was described as “the most impossible of play ever”.

He was born in the small town of Daireaux. The city is located in the Pampas area of Argentina some 300 miles from Buenos Aires. His father died when Omar was young and the family decided to move east and settle in La Plata. This was the 40s and it wasn’t uncommon that kids didn’t learn how to read in Argentina. Especially not if the family wasn’t very wealthy. Soon he started to play football and realised that he possessed a gifted talent that few people had. He played in the youth squads of Estudiantes and Juverlandi before he moved on to play first-team football in Racing Club de Avellaneda.

In Racing he would show the whole country what a good player he was. In 1958, he won his first major trophy when Racing became the champions of Argentina. Something Omar and the rest of the team experienced again three years later. If things were going smoothly on the pitch it certainly wasn’t something else of it. Omar never learned how to read or write which he later confessed was something he had felt ashamed of his entire life. He would sit in the dressing room and play along with his teammates when they started to talk about something they had read in the newspaper. He was also a very shy person when it came to connecting with females. Some players in the squad helped him and set him up with a prostitute woman. What they didn’t expect was the fact that he fell in love with the woman and married her short afterwards. They lived together for a while before he came home one day and found his whole house empty. He described it later as “there wasn’t even any spider left”.

But things really started to advance on the pitch. He was so well known for his technical ability that once in a derby against Independiente he was man-marked by one of their defenders for the whole game. Omar got frustrated so halfway into the game he walked of the field for a couple of minutes and hid behind one of the police officers. He wasn’t just a gifted technical player, he was also as near you could come a complete player. He was extremely good at converting penalties. During his playing career he took 68 penalties and scored 64 of them.

“When it came to penalties, I killed them all. I stood near the ball so the keeper couldn’t react. I never stood directly behind the ball, always to the side. I struck it with the inside of the right foot in the middle, always with a sharp blow. And I would duck my head so the goalkeeper didn’t know which way I was going to shoot. I would always change corner when I saw what the goalkeeper did. And when he moved, he was a dead man.”

He was a part of the Argentina squad that travelled to Sweden for the World Cup of 1958 and he scored three goals in that tournament. It was in the qualification to this World Cup that he scored that amazing goal against Chile. He dribbled past several players and when he only had to score he waited for the goalkeeper and defenders to get back and then he faked a shot and went passed them all before he put the ball into the net. His sometimes arrogant way of taking on opponents led to opponents kicking him to the ground. Once, in a game against Uruguay he was taunting the Uruguayans so much that Pepe Sasía waited for him to be fouled and then kicked him in the face. Omar lost two teeth, teeth he never replaced again. In 1963, Boca Juniors saw that this player would be a perfect fit into their squad. They bought him for 12 million pesos, a big amount of money at the time. Big money to invest in a player that was spending more and more time with the bottle. He had already had his problems with alcohol during the years with Racing. One time he had sneaked out and came back to the hostel in the early hours of the morning. The youth squad manager, Tita Mattiussi, had to put him in a bath and hope he would sober up until the next morning when they were due to play a game. But even though Omar entered the pitch, he felt dizzy and asked his teammates not to pass the ball to him. Although in the second half he felt better and scored two goals.

During a training camp with Boca, several players were told to keep an eye or two on Omar so he didn’t start to drink or disappeared from the hotel. But their efforts were pointless considering the fact that Omar now was an alcoholic and one day they found empty bottles of beer under his bed. He would after the less successful years with Boca move on to play in the Colombian league with Pablo Escobar’s favourite club Independiente Medellin. But Omar wasn’t the player he used to be and he soon went back to Argentina to play for some minor side just to earn some money. He didn’t retire until he was 38 years old, mostly because he needed to earn money as long as possible. He also knew that the possibility of earning something on a regular job was low considering the fact that he couldn’t read or write. He moved to Benito Juárez and lived in a shack. Before that he had lived in a Bar in Buenos Aires. His sister came to the bar and tried to convince him to move back to La Plata where he was raised – but he refused.

“I didn’t want to go back to La Plata. At night I’d get a magazine, look at the pictures and that would distract me enough so I could sleep. I spent everything I had. I gave a lot of money away without looking who I was giving it to.”

He soon became homeless and slept in the dressing rooms at Racing’s home ground “El Clilindro”. He didn’t reach his 60s, instead he died at the age of 55 as an alcoholic, without money, a home or any friends.

“There are no friends in football. Especially not when you’re in a bad way.”

He might not have had the best life outside football. But on the field, he was one of the most gifted players that Argentina has ever seen. The street behind Racing’s stadium is named after him and he has been selected into the club’s Hall of Fame. He has also got a bronze statue in his honour. And he will always be remembered as the person who scored “the impossible goal”.