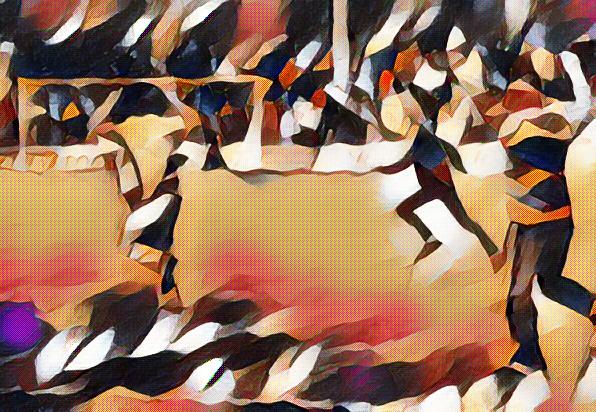 The previous season Luton had won promotion to Division 1, having won the Division 2 title by eight clear points ahead of runners-up Watford.

David Pleat had brought in Paul Walsh from Charlton Athletic for £450,000 who played in 41 matches that season scoring 14 goals to play alongside Brian Stein who finished top scorer with 15. Richard Money arrived from Liverpool for £120,000 to play right back. Pleat had kept the majority of the team that had won promotion, with Mal Donaghy playing left back and Radomir Antic, Kirk Stephens, Paul Elliott and Clive Goodyear all in defence. In midfield, the delightful Ricky Hill and David Moss provided the creativity with Brian Horton and Wayne Turner in the centre. Jake Frindlay continued in goal after an impressive promotion season.

The new season was always going to be a struggle but Luton won many admirers for the way they played football. Unfortunately, the results were not always the best but manager David Pleat had them playing in an exciting attacking way which people loved.

However the first five games of the season had seen Luton pick up a 5-3 win against Notts County, Paul Walsh getting his first goals for the club scoring three, as well as two excellent draws away from home against Tottenham 2-2 and Liverpool 3-3, Stein grabbing a brace at Anfield.

The next five games were excellent as the club stayed unbeaten beating Brighton at home in an impressive 5-0 victory, as well as beating Birmingham away 3-2. The team continued to impress early on and were one of the entertaining teams in the league, proven by their 4-4 draw away to Stoke City. In the first ten games, Luton had only lost on two occasions and had scored 25 goals while conceding 22.

After such a good start, supporters started to believe that it was possible to stay up. The positive start soon turned sour as the next seven games yielded no wins. The losses to Coventry 4-2 and Swansea 2-0 were extremely damaging as both teams were also battling against relegation. Luton found themselves slipping down the table but a 3-1 against fellow strugglers Manchester City gave the team some respite.

By the end of December, the team had managed to stay out of the bottom three, a win against high-flying Watford 1-0 keeping them out of the relegation positions, but it had started to become a difficult month, as Brian Stein broke his foot. Stein went on to miss the majority of the season only returning for Luton’s in the final part of the season.

January was an impressive month for the Hatters as despite losing to relegation candidates Coventry 2-1 at home they had beaten West Ham at Upton Park and Brighton 3-2 and 4-2 respectively.

By the end of February after two losses to Liverpool and Ipswich Town, the club were still above the bottom three. March started well, a scoreless draw against West Bromwich Albion was followed up by a 1-0 away win at the City Ground, as Nottingham Forest were beaten.

The Luton faithful started to believe staying up was more than a dream, although the next four games ended in disappointment as the club lost all four. The loss of Stein up front was beginning to show.

The table was beginning to become tighter at the bottom of the league. Norwich had started to gain some confidence and results and slowly had dragged themselves out of the bottom three. Swansea and Brighton were both struggling and seemed destined for relegation, which left 3rd from bottom still to be decided.

With the teams around them gaining results, Luton needed to respond, and respond they did as they gained victories against Aston Villa 2-1, Birmingham 3-1, and Swansea 3-1 all at home and drew with Notts County, Southampton and Stoke City.

With three games to go the Hatters fans were beginning to worry. A disastrous 5-1 loss at home to Everton and a 3-0 loss away to Manchester United dropped the team into the bottom three with one game remaining.

In their last game, they faced fellow strugglers Manchester City at Maine Road. City needed a draw to stay up whereas Luton needed to win. Both teams had been struggling for form but this was a winner takes all match.

Despite their poor form Manchester City were favourites for the match. Luton were able to recall Elliott after suspension and played Donaghy, Horton and Hill in midfield. With Moss still injured, Pleat recalled Stein who had only played once in the last five months due to his injury.

Pleat looked nervous on the touchline dressed in his brown suit but it was little surprise with so much at stake.

Stein had started well on the right despite being not match fit and after some good play crossed from the right, although Donaghy could not get much power behind the header. The first half finished with both teams level after an even first 45 minutes.

The second half kicked off with a packed Maine Road looking on. City almost scored an own goal after a dangerous cross from the right from Stephens. From the resulting corner, Williams in the Manchester City goal saved well from Paul Walsh spinning and shooting.

Pleat brought off Wayne Turner and replaced him with Radomir Antic in the hope that the Serbian would be able to conjure some magic to find that elusive goal Luton and their supporters needed.

Tony Godden who was playing in goal instead of Frindlay was called into action saving well.

Luton continued to press, with Stephens hitting a thunderous effort that Williams could only push onto City defender Reid which rebounded off the crossbar.

The match was now opening up, Asa Hartford produced a great run only for Power to put it wide. Luton pushed further forward, knowing they needed to win the match. The Luton Town faithful were getting behind their team. City looked shaky at the back but with Luton pushing more players up, more holes appeared at the back.

With four minutes remaining Stein broke down the right-hand side. His first cross was charged down and the ball came back out to him. Stein drove to the byline and put in a looping cross that Williams half punched clear. The ball came out to Antic at pace who was loitering on the edge of the area. The Serbian substitute drove the ball between a crowd of players and into the Manchester City net. Pleat came onto the pitch, trying to ensure the players kept their concentration.

The Luton Town fans were ecstatic in the away end, the City fans silent not quite believing what they had just seen. City tried in vain to find the equaliser but it was not to be.

The final whistle blew, and the Luton players began celebrating on the pitch. David Pleat could not hide his emotion and ran on to the pitch almost dancing and jigging in his famous brown suit, congratulating his players as he went. It had been a remarkable substitution by Pleat to bring on Antic to score the winning goal.

The Luton Town faithful were in sheer delight in the stands. It was no more than Luton deserved after playing some fantastic attacking football over the season.

Having stayed out of the bottom three for almost the whole season to suddenly find themselves third from bottom with one game to go was a shock for the Hatters, but they responded magnificently against a strong Manchester City team at Maine Road.

The team were a credit to their supporters as they played some great football impressing the neutrals with their spirit and passion. Luton Town deserved to stay up that season, a team that tried to play football the right way, who entertained their fans along with everyone else along the way. And David Pleat, what can you say about him? He built a team and produced a squad able to play football against the top sides in Division One. It may have gone down to the wire but Pleat and the Luton team deserve to be remembered for delighting the football world when everyone else had tipped them to go down. An underrated team and an even more underrated manager, the 1982/83 season was truly one to remember for all Hatters fans.