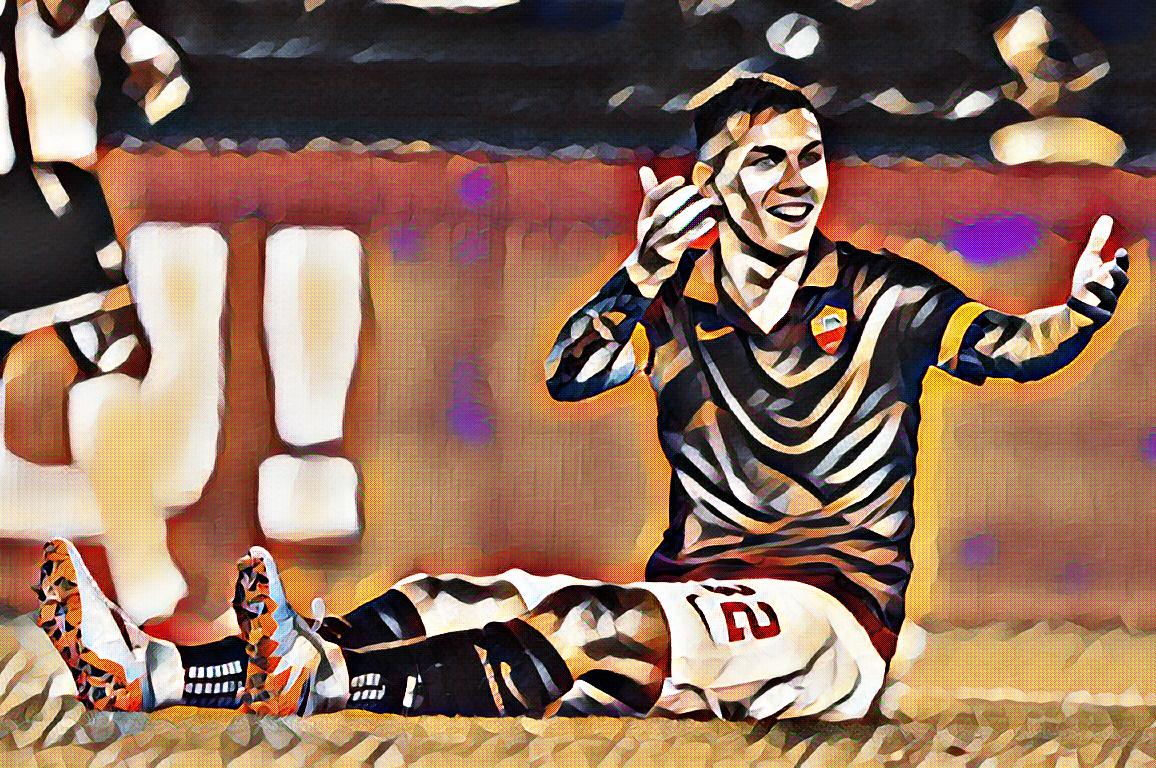 It’s far from abnormal for exciting South American talents to make their debuts at an early age only to be whisked off to Europe before their teens are over, and economics often dictate such moves. This huge upheaval regularly occurs before the player is mature enough to handle it and therefore a transition period is required. This has certainly been the case for Leandro Daniel Paredes.

The young Argentinean midfielder was born in Buenos Aires province in June 1994 and, after rising through the youth ranks, made his Boca Juniors debut in November 2010 at the tender age of 16. Boca lost that day, 2-0 at home to Argentinos Juniors, although for Paredes it was a dream come true: he got to spend seven minutes on the pitch with Boca icon Juan Román Riquelme.

I was living in Argentina during the 2012-13 season when Paredes made his breakthrough and I was immediately excited by his talent. He made 20 appearances this season, 11 of which he started, completing over 1,000 minutes of football. Bearing in mind he was just 18, playing in the pressure cooker that is the Boca Juniors first team, this is some achievement. With his style of play reminiscent of the great Riquelme, it appeared he had everything to become the heir apparent in the hearts of the Boca fans.

Paredes wouldn’t wilt under the bright lights either and indeed saved his best moments for La Bombonera, Boca’s legendary home. On 3 November 2012, when fellow grande San Lorenzo were the visitors, Paredes bagged two in a 3-1 win. With just five minutes on the clock, and after excellent hold-up play from centre-forward Santiago Silva, Paredes took two touches before drilling the ball into the bottom left corner from 20 yards. San Lorenzo equalised soon after but Paredes restored Boca’s lead on 35 minutes with a goal which was almost a carbon copy of the first, albeit from a little further out. Paredes, playing on the left of the midfield, took the ball on his favoured right before beating a man and shooting from 25 yards, this time into the opposite corner. Boca went on to win the game 3-1, with captain Rolando Schiavi putting the finishing touches on the victory.

Later that month another grande, Racing, were welcomed at La Bombonera. Once again the scoreline was 3-1 and once again Paredes helped himself to a brace. Boca, leading 1-0, had a corner which was poorly cleared by Racing’s defenders. The ball fell to the feet of Paredes who played two one-twos with a teammate before shifting the ball onto his favoured right and lashing it past the goalkeeper from 20 yards. It’s well worth searching for on YouTube. The noise of the crowd was deafening and the youngster certainly enjoyed celebrating the goal. His next goal would draw further parallels with Riquelme, as Paredes stepped up to take a free kick from 25 yards. He lifted the ball over the wall and watched as it entered the net to the left of the stranded goalkeeper.

The first half of the following season was a washout for Paredes, as a training ground injury restricted him to just four appearances. However, his previous impressive work had not gone unnoticed across the Atlantic and Serie A’s Chievo acquired his services. However, he only managed 15 minutes of game time during a six-month loan deal. In the summer of 2014 Roma picked him up on an 18-month loan deal, with an option to buy which they would execute the following summer. Paredes made ten appearances during his first season in the Eternal City before being loaned out to Empoli for the 2015-16 season, where he’d make 33 appearances including 29 from the start.

This season Paredes is back at the Stadio Olimpico and has really established himself as a key member of Luciano Spalletti’s squad. By the end of March, he’d made 22 appearances, although 12 of those were from the substitute’s bench. In the game versus Sassuolo, before the international break, he scored a trademark goal from outside of the area to level the game which Roma went on to win 3-1 to go second in the Serie A table. When he doesn’t start, he invariably replaces Daniele De Rossi late on and could be the future for the Giallorossi in that position when De Rossi finally hangs up his boots.

Paredes started his career as an attacking player but has transformed himself into what the Argentine’s would call a cinco, or number five, the midfielder tasked with dictating play from deep. Paredes has added tackling and positional awareness to his game and is able to use his quick feet to get himself out of trouble in tight areas, as well as using his range of passing to set up attacks.

In the January transfer window of 2017, it was reported, although not substantiated, that Paredes was courting the attention of Jurgen Klopp and Liverpool although Roma boss Spalletti was relieved when Paredes said he didn’t want to go anywhere.

Unfortunately for Paredes, his undoubted talent has yet to catch the eye of his national team, and he hasn’t represented the Albiceleste since under-17 level. It’s quite baffling given the lack of creativity in maligned manager Edgardo Bauza’s midfield, and the ever-increasing reliance on Leo Messi, that Paredes hasn’t at least been given a chance by the national team.

Paredes will be 23 before the start of next season and it’s approaching seven years since he made his debut for Boca Juniors. Although his journey to the top has been slower than that of other precocious South American talents, I’m hopeful that he will prove himself to be a top player and star for both club and country in the not too distant future.