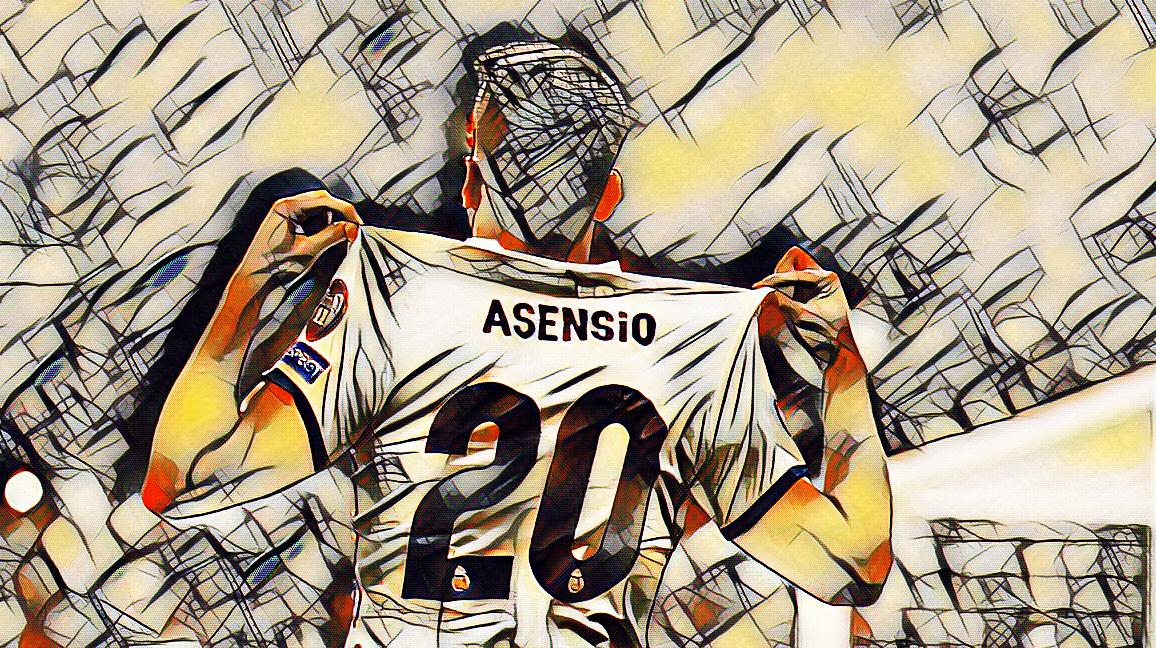 The 21-year-old rising star is largely regarded as one of the hottest prospects in world football and has already showcased his talent to millions across the globe with some stunning performances and some simply unforgettable goals. Named after Dutch legend Marco van Basten, the lifelong Los Blancos fan has already shown glimpses of what the former Ajax forward managed throughout his incredible career, yet the young attacker hasn’t had such a straightforward path to glory.

Football runs in the Asensio family, with Marco’s father and brother having both earned their trade in the beautiful game, but it is his Dutch mother – who sadly passed away when Marco was just 15 years old – whom he gains most inspiration from week in week out, whom he remembers every time he scores his sensational goals. Having joined Mallorca from his youth side Platges de Calvià, the young Real Madrid fan broke down in tears during his official unveiling at the Bernabeu, failing to control his emotions in what was clearly an overwhelming journey to the capital.

The Spaniard went on to have two successful loan stints in La Liga, firstly with Mallorca and consequently with Espanyol, and finally kicked off his incredible career at the Bernabeu as he smashed in a 25-yard wonder goal in his first competitive appearance, a 3-2 win over fellow Spanish outfit Sevilla in the UEFA Super Cup. It was plain sailing for the young Spaniard from that moment on as he bagged another goal in his league debut just 12 days later in a 3-0 victory over Real Sociedad, before Madrid went on to win the competition for the first time since 2012. Asensio then followed up his dream debut season in Madrid with a Champions League winners’ medal, scoring in the 4-1 demolition of Juventus in Cardiff, leaving the attacker with an impressive ten goals in all competitions for the 2016/17 season.

Asensio’s international career is equally as spectacular, from youth level right through to the first team where he recently established himself at such a young age. From grabbing both goals in the semi-final victory over France in the 2015 Under-19 UEFA European Championship, a competition that the Spaniards went on to win, Asensio then scored a hat-trick in his debut in the 2017 European Under-21 Championship, where his side fell at the final hurdle to an impressive German outfit. He now has three national team appearances to his name, with many more to come in the near future as Spain challenge for a spot in the 2018 FIFA World Cup next summer.

In an industry now dominated by money, it will give many fans great comfort knowing that the hugely talented Asensio joined the Spanish giants for an unthinkable fee of around €4.5m, and more importantly was denied a move to fierce rivals Barcelona, who incredibly refused to pay a larger sum for the teenager. Thankfully the Spaniard is now surrounded by an endless list of talent comprising ideal role models in Cristiano Ronaldo and Sergio Ramos on the pitch, while there is simply no better man than Zinedine Zidane to guide the promising forward through the ranks off it. With arguably the most demanding fans in world football, there is no place like the Bernabeu where fans expect nothing but excellence from their side, but the club must ensure Asensio keeps up the hard work and doesn’t become complacent in an era where young footballers are so badly mistreated as commodities.

With raw pace, natural ability and incomparable passion, the Spaniard certainly has a bright future, but is already breaking records at the mere age of 21, recently becoming the first Spanish player to score for Los Blancos in back-to-back Clasicos since Raul way back in 1997. Furthermore, after his most recent thunderbolt in what was his first Clasico at the Bernabeu, Asensio’s last three club goals have all come in finals, with his last four against none other than Barcelona (2), Juventus and Bayern Munich. The youngster certainly doesn’t lack confidence and has no reason to with his astonishing ability to terrorise even the most experienced and accomplished defenders.

With Gareth Bale possibly on the way out, Madrid simply have no need to reinvest and spend crazy money on the likes of Kylian Mbappe – who incidentally also deserves to keep his feet on the ground at Monaco – as Asensio can fill the void perfectly. With a wicked left foot and the ability to both drive with his head down or glide across the pitch with his head up, they don’t come much better than Madrid’s number 20. Almost impossible to stop once on the move, Asensio’s sharpness and energy forces him into Madrid’s focal point in everything going forward, and he is seemingly enjoying the pressure that the role quite clearly involves.

At just 21 years of age, the Spanish international has a simply ludicrous honours list, comprising a La Liga trophy, a Champions League, two UEFA Super Cups, a FIFA Club World Cup and now the Spanish Super Cup, along with countless individual honours for both club and country. The exciting forward leads the line as the next generation of footballers break through, and Madrid are fortunate enough to have snapped him up for such a reasonable price in this extraordinary day and age of modern transfers. Marco Asensio; remember the name.