Sam Wallace, The Independent: Chelsea 1 Rosenborg 1: Mourinho left with egg on his face after Chelsea held by Rosenborg

The pressure is on Chelsea, Jose Mourinho admitted last night, after his side failed dismally against Champions League minnows Rosenborg in an embarrassing 1-1 draw with the Norwegians. After his third successive game without a victory, the Chelsea manager lambasted his side for failing to convert their possession into goals.

Chelsea needed an equaliser from Andrei Shevchenko eight minutes after half-time to rescue them from potentially the most humbling defeat in their recent history after the Rosenborg defender Miika Koppinen scored in the first half. Another goal conceded from a set-piece was compounded by a sparse crowd of 24,973 and no progress, Mourinho said, in the rehabilitation of his injured senior players.

After defeat to Aston Villa on 2 September, the draw with Blackburn Rovers on Saturday and last night’s result, Mourinho said that he was “very disappointed”.

Dominic Fifield, The Guardian: Shevchenko strikes at last to save Chelsea

Chelsea must feel further away than ever from a first European Cup. Roman Abramovich may have his heart set on this competition, but the lowest crowd to have watched a home game under Jose Mourinho saw his team endure embarrassment last night. Rosenborg, seasoned Champions League campaigners but too often cannon fodder for star-studded sides, achieved their best result in this competition since they eliminated Milan with a 2-1 win at San Siro in 1996-97. Those in blue shirts departed with red faces.

Chelsea dropping two points at home should not be terminal to their chances of escaping a group that is far from daunting, but their displays are leaving the manager frustrated. Mourinho admits he is “alarmed” by his side’s recent results – they have followed defeat at Aston Villa with draws to Blackburn and now Rosenborg, with only one goal scored. Next they face a trip to Manchester United on Sunday.

No Style, no swagger, no zip – and the noose is starting to tighten around Jose Mourinho’s neck.

The official confirmation that Roman Abramovich has had enough of watching soulless football could hardly have come at a worse time for the Blues boss, whose excuse-making is wearing thin.

Proof of that came with the boos that echoed round the vast empty spaces of a half-full Stamford Bridge, leaving Mourinho to point the finger at the players who conspired to squander enough chances to win the group, let alone one game.

It was not anywhere near good enough. This was supposed to be the first step towards Moscow in May. Last night, it looked more like the start of the road to nowhere.

Phil McNulty, BBC: Chelsea 1-1 Rosenborg : Chelsea’s stuttering start to the season continued as they were held to a shock draw by Norwegian underdogs Rosenborg in the Champions League.

Rosenborg threatened to spring a surprise when Miika Koppinen turned in Marek Sapara’s free-kick at the near post in the 24th minute. Andriy Shevchenko headed Chelsea level eight minutes after the interval. Florent Malouda and Salomon Kalou hit the woodwork for Chelsea, but resilient Rosenborg held out to force a draw.

And perhaps even more worrying for coach Jose Mourinho was a crowd of only 24,973 at Stamford Bridge, including a distinctly unimpressed owner Roman Abramovich – a miserable turn-out for a Champions League game. 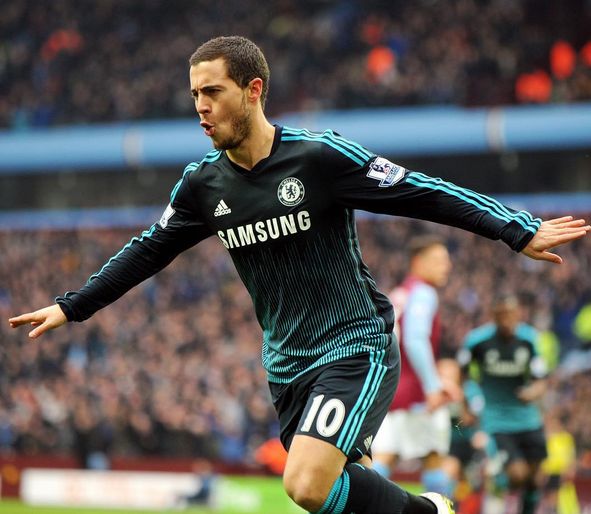 Eden Hazard reveals what he really thinks about Antonio Conte

STAT ATTACK: How did Liverpool striker perform for Chelsea this season compared to Torres?