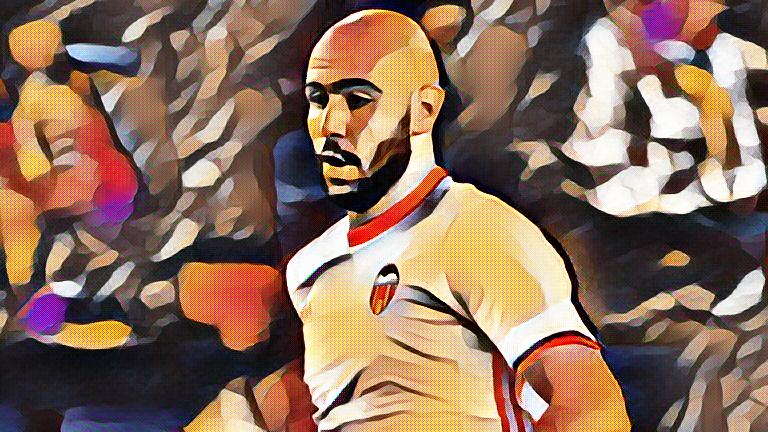 This time last year, if someone said that Simone Zaza would be pushing Lionel Messi for La Liga’s top scorer, while helping his team push for a title, they would probably laugh. In fact, they would definitely laugh. After hitting the headlines for ‘that’ penalty miss in Euro 2016, being cast out by Juventus, and failing at West Ham, it’s fair to say Zaza’s reputation took quite a few hits. Whether the criticism was fair or unfair, Zaza has had an extraordinary time of late, and has already gone some way to repairing the damage done by a torrid 2016.

For those who follow Serie A closely, they will know that there was always great potential for Zaza long before the Italian landed on British shores. He impressed at Sassuolo, particularly in 2014-15 as they finished 12th, with Zaza being one of the few bright sparks in an average season. 12 goals were enough to lure Juventus into re-signing the striker.

However, Zaza spent most of the 2015-16 season on the bench, fourth in the pecking order behind Paulo Dybala, Mario Mandzukic and Morata. 19 appearances does not sound too bad, but 14 of those came from being substituted in late on. Given his limited minutes, to manage five goals is still a respectable statistic.

Even so, enough was enough. Zaza made the decision to play the 2016-17 with West Ham. On paper, he looked like an ideal signing for West Ham and the Premier League. A tall, imposing forward who is deadly in the air but also surprisingly quick and technically capable, Zaza looked perfect for the English game. Put together those qualities with a hunger for first-team football after a season on the bench, as well as a natural tenacity, Zaza looked like a success waiting to happen.

The move was even bolder given the mixed fortunes of Italian strikers in the Premier League. Graziano Pelle and Alberto Paloschi are two notable examples of how it can go very well or very, very badly for Italians who make the move to England.

Unfortunately for our Zaza, he was the latter. 11 appearances in all competitions, 0 goals. Needless to say, after a difficult summer for the national team, his stint in London did nothing to help his reputation.

In true Football Manager fashion, a dislike for the British weather and not being able to adapt to the manager’s tactics were his undoing. In retrospect, some sympathy can be given to Zaza for his horrible stint in England. Slavan Bilic can be regarded as not the most gifted tactician, and has even managed to make a natural goalscorer in Javier Hernandez draw blanks.

Recently, his father, Antonio, who is also his agent, has said his son was ‘still struggling’ to cope with the fallout of his penalty miss against Germany at the Euros. Naturally, what Zaza needed was a break from the weather and an exciting project which he could spearhead and begin to rebuild his status.

Luckily enough, Valencia has turned out to be the prefect destination. The rejuvenated Spanish side has enjoyed incredible success under Marcelino so far, still unbeaten in 11 games and only four points behind league leaders, Barcelona, who they play this weekend. Zaza himself has featured in every game and scored nine goals, yet despite his incredible goalscoring form, remains grounded.

When asked if he could truly challenge Lionel Messi for the Pichichi award, he said:

“Messi doesn’t count. To me he is the best. So, if by the end of the season I’m second in the scoring list I’ll speak to La Liga and ask for a prize.”

Zaza has already pipped Messi to one award so far, edging out the Argentine for La Liga Player of the Month for September.

Zaza’s exclusion for recent international matches against Albania and Macedonia became one of the many sticks that the Italian media hit beleaguered manager Gian Piero Ventura with. The fact that the Azzurri supporters have called for Zaza’s inclusion after scapegoating him post-Euro 2016 exit speaks volumes to his form.

If the Italian can keep up his sizzling form throughout the season, his cold, bleak time in London will soon be forgotten