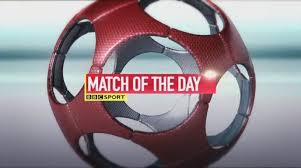 1 Comment on The BBC’s Coverage of Football Is A DisgracePosted in Premier League By By Far The Greatest TeamPosted on July 29, 2013January 29, 2014

Next summer, for most of June and a bit of July, many people will be having their once every four yearly stint living in Utopia – The World Cup will be upon us!

Television schedules will be studied at length, fit and healthy folk will suddenly develop mysteriously high levels of Hypochondria meaning they sadly won’t be able to come into work that day. Wall charts will be pinned on any wall that has enough space for an A3 poster to be pinned or blue tacked to it, people with spouses, children and mortgages will be queuing in shops to buy Panini stickers. Even if the football is mind numbingly terrible, the cultural phenomenon of a World Cup will make it enjoyable.

Such is the World Cup’s popularity that (rightfully) in the UK it can only be screened on terrestrial, free to air television. Sky Sports or BT won’t be showing this particular tournament, BBC and ITV instead broadcasting the tournament to millions back home.

Usually if there were complaints heading the way of a terrestrial TV broadcaster about their coverage of football, it would be ITV. The three A’s of Adverts, Adrian (Chiles) and Andy (Townsend) have made watching games on ITV at times about as enjoyable to watch as a Tory polemic against the welfare state. Outdated opinions, inane clichés, shocking attempts at trying to be down with the ‘fans’ and a number of technical gaffes have led to deserved criticism.

However, they have tried to improve in recent years – Lee Dixon talks vaguely coherently, Roy Keane’s murder inducing stares are a joy to watch, while at Euro 2012 they at least went to Poland, their studio located in a Warsaw market square. For all the faults in their coverage, they are currently well ahead of the BBC.

For a license fee funded corporation like the BBC is, their coverage of football to be so poor is appalling. The faults are endless.

Their pundits are where the problems start. Alan Shearer and Alan Hansen (what is it with awful football pundits having first names beginning with the letter ‘A’?) may struggle to spend thirty seconds about Uruguay’s left back, but they could talk for hours and hours and hours about their golf games.

They have nothing new to tell the viewer, don’t analyse the game at all, never bring another colour to the palette. Mark Lawrenson probably wouldn’t talk to you about golf, instead he’d just bombard with you with gags a 70s comedian would have composed and then scribbled out for not being funny enough. Whilst filling in his application form for Dignitas. He is truly a miserable sod.

Their contempt for the game was made apparent during the recent Confederations Cup. Gianluca Vialli was co-opted on to the pundits’s sofa and not only did he come up with some genuine insight, he spoke with a passion and enjoyment, something approaching joy, about the game he was watching. Viewers had forgotten what it was like to watch a pundit on the BBC analyse a match and actually look happy to be there. The sense of apathy and ‘we’ve seen it all before’ attitude that usually pervades the studio disappeared when he spoke.

Nothing summed up the awfulness of BBC punditry like the treatment Mario Balotelli got on a weekly basis in his stay in England. Mario, while unreliable and infuriating to watch at times, was in many respects the closest thing the Premier League thing has had to Eric Cantona since that great man retired. Whether it was his insouciance, his refusal to celebrate goal, putting the ball in the net with his shoulder, getting sent off a lot, his childlike shopping sprees, actually telling the truth in interviews, he was entertaining and fun to watch. While obviously a complex individual, more than anything he was a cool dude. He has charisma.

Yet week after week, he’d be lambasted as being unreliable, selfish, damaging to the team, not even an especially good footballer – what utter nonsense. He was great entertainment and helped Man City win their first title in over forty years. If we wanted to watch good footballers who bore you to sleep, we could all start being in love with Michael Owen. And who wants that?

The other pundits on the BBC stable if anything are worse. Colin Murray was so bad he’s about to move to talkSPORT. Martin Keown goes about his business with a joylessness that is impressive in its consistency. Everything, from his voice to his shirts to his relentlessly critical verdict on matches suggests he’s a man who needs to lose his inhibitions and loosen up a bit. Robbie Savage is at the opposite end of the spectrum – he needs to sober up for a few minutes, develop some football knowledge and think that a controversial opinion isn’t just saying Gareth Bale is as good as Messi or that Joe Hart is a bit overrated. Any idiot can say those things. They say them in pubs, offices and on Adrian Durham’s Twitter page every day.

Right now, the BBC pundits carry the air of UKIP voters. They are dull, bored, apathetic, middle aged white men who can’t be bothered to adapt with the times. They therefore just talk, dress and act like they would fifteen, twenty years ago. Apathy has taken hold of them. They no longer have the energy and excitement to do their research, develop new perspectives, genuinely interest people rather than just say things which satisfy thick people on Twitter.

It’s not just the pundits. Whether it’s ignorance towards anyone who hasn’t spent their career in the English leagues, the lack of live football shown on the Beeb, not showing the Football League show in the Christmas/new year glut of games, or plucking ex-player after ex-player after ex-player to spout the same tired clichés, the coverage is desperately poor. The World Cup next summer will be a tough watch if things don’t improve.

It is a disgrace things have developed to this point.