Skip to content
1 Comment on What to expect from the new Blackburn manager after anti-Venky remarks?Posted in English By By Far The Greatest TeamPosted on November 7, 2012July 11, 2017Tagged Blackburn, Henning Berg 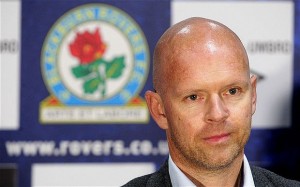 It has been nearly a week now since Rovers concluded the collective manager searches of the 3 B’s of North West Football – Burnley, Bolton and Blackburn. I say 3 B’s, the 4th B of Blackpool have their own manager search underway but that doesn’t quite fit my story so ignore them, they don’t count.

Rovers took the longest of the 3 close rivals to find a new permanent boss, in fact they started first and finished last… which tells you all you need to know about the Venky’s administration.

But it’s the appointment itself which has garnered the most interesting reaction from outside of the Blackburn supporting bubble. Sort of a “what and why?” coupled with a “meh”.

I don’t think Henning Berg would have been many of the Rovers fans first choice as a new long term boss, a more seasoned appointment in the likes of Ian Holloway would have been preferential, but it is an appointment with potential legs in it despite sceptical looks from the vast majority of onlookers.

Mr Berg is something of an enigma in the managerial world, he was certainly a very respected player and with good reason but in the big role he’s an unknown quantity. I’d be quite surprised if 90% of people’s knowledge of Berg since his playing days finished could stretch past vaguely pointing out that he used to manage in his native Norway and that he cast a negative view on working under Venky’s in an interview a few months before, erm, agreeing to work under Venky’s.

It was that last contradictory nugget that caught the attention of this very site an article last week further highlighting the massive leap in logic that it took for Berg to join a club he’d criticised quite heavily only 6 months ago.

It was only in May of this year that the brand new Blackburn boss said – “But it’s clear, if you are to be be a manager, you must have the right owners. To become a manager of a club with such an owner is insane. There are no managers with any credibility that would take such a job. They would be shooting themselves in the foot. Yes, you can be there for a few months, then nothing works and you can not do what you want, and then it becomes something else entirely.”

Add this statement to the apparent evidence that Berg’s previous managerial record looks at best distinctly average, in a weaker league to boot, and this looks like a match made in the fiery depths of hell. Or wherever Steve Kean is now. Which could the same thing, if there was any justice.

But dig a little deeper and you find there is some potential to be had in the introduction of Henning Berg to Championship football and to a club he had two separate spells at, winning a trophy in each one.

His record in Norway doesn’t look very inspiring but there are extenuating circumstances in both his previous jobs that made working there a handicapped experience, and ones that should toughen him up for working in his current role. Especially if Venky’s get up to their old tricks.

A lot is made of Berg’s record at Norwegian club Lillestrom, a recognisable and traditional Norwegian league club. Their expectations are certainly higher than the mid-table and near relegation finishes that were achieved during Berg’s 3 year spell but to say he walked into a mess and a shambles of a club is an understatement. Prior to his arrival Lillestrom had been on something of a spending spree to attain a vast squad. Nothing wrong there you would have thought but the substantial purchases acquired were a list of past its and never going to be its.

He also inherited a team that had been brutally mismanaged by former boss Tom Nordlie.

Berg’s mission was to practically rebuild and reshape the squad without any financial help and for a club who were struggling to pay their bills and ran at heavy losses – being told by an investor to shut up and get on with things whilst being refused permission to sign anyone worth signing certainly added to the tension. Not an easy job and one, all things considered he made a good fist of. I am not sure many would have done much better given the circumstances.

Finishing 3rd in the League with Lyn Oslo was no mean feat either. And just before their John Obi Mikel related bankruptcy nightmare kicked in.

Of course it still remains to be seen whether these experiences and the recommendations from pretty much all of Norway’s major footballing personalities will lend itself to actual success at Rovers. He is tasked with getting a large if erratic squad promoted at the first team of asking. It’ll need a will of steel but having being managed by the likes of Sir Alex Ferguson, Kenny Dalglish and Graeme Souness it’s fair to say he should have picked up more than the odd dose of that particular trait.

Perhaps most importantly he appears to have the fans onside. Not all of them, some are still very apprehensive of the decision to make him manager and perhaps rightly so. But thankfully, gone are the days when his predecessor, the human talking claptrap machine, created a divide so wide in the stands that you could fit a bus terminal down the middle. Berg is for all intent and purposes a Rover at heart, certainly in England and that will buy him a decent berth in the eyes of the faithful.

Even at a worst case scenario he’ll be given both a chance and time to sort out a cluttered, if potentially promising on field mess at Ewood Park. It’ll take more than a “yes man” that we’ve had in the past to do it but we’re reliably told that Berg is anything but.

He’s impressed so far with his comments and his manner, even if his opening game didn’t go quite as planned. It’ll take a while for him to stamp his own authority on a side but I’ve every confidence a few years from now we’ll be looking at Henning Berg as one of the better managerial appointments of recent times.

Even if that does prove his own contradictory comments wrong.