Skip to content
Posted in Premier League By By Far The Greatest TeamPosted on February 28, 2013July 11, 2017Tagged Manchester United 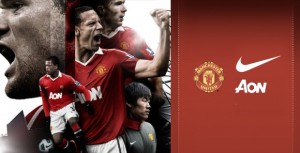 According to Forbes magazine, Manchester United Football Club are now valued at $3.3 billion, making them the most valuable sports franchise in history, a whopping $1.2 billion ahead of their nearest competitor, the NFL’s Dallas Cowboys.

From the mustachioed Mr. Potato, the global snack partner of Manchester United, to billionaire Zong Qinghou, said to be China’s richest man, it seems like everybody wants to be in the Manchester United business. So what accounts for the richest football club in the world smashing the $3 billion barrier? Let’s take a look inside the numbers.

According to UK research firm, Kantar, the number of Man United’s worldwide followers. With about seven billion people on the planet, if the survey is accurate, nearly one out of every ten humans is a Red Devils fan, making them, by far, the world’s most popular football club, more than doubling the next most popular teams, Barcelona and Real Madrid.

The amount of commercial revenue United is expected to bring in this year from deals with their numerous official sponsors.

The number of United’s followers in China, which brings us back to China’s richest man. Mr. Zong is chairman and majority shareholder of Hangzhou Wahaha Group. Wahaha, an iconic Chinese beverage company, recently signed a deal to become United’s official soft drinks partner in China. On the day the deal was announced, the club’s stock rose 5.2%. Wahaha is nothing to laugh at and was just another example of the great commercial team working behind the scenes to seal these lucrative deals.

Broadcast revenue received during the 2011/12 campaign. Though the amount was down a bit from the previous year, the revenue stream remains strong. Global rights relating to the Premiere League, plus their own global channel, MUTV, which delivers programming to 54 countries, should keep the broadcasting cash flowing nicely.

The per season amount that Chevrolet will be paying to have their logo worn on the front of the team’s jerseys. The deal kicks in with the 2014-15 season, when they replace AON, who had only been paying a paltry £20m per season.

Old Trafford’s capacity. In addition to the commercial and broadcasting revenues, the third major revenue stream is matchday income. With an average of 99% of the venerable stadium filled to capacity for every Premiere League game over the last fifteen years, the club brings in a tidy £4 million per home match.

The number of United’s official sponsors. From multinational companies such as AON to smaller, regional manufacturers, like Indonesian tyre maker, Multistrada or the Malaysia based noodle company, Mamee, Manchester United continues to expand its brand in every corner of the globe.

The number of league championships won by United. Everybody loves a winner and winning usually means more money, which means the ability to sign top players, which often leads to more winning. Pleasant little cycle, isn’t it?

This was the IPO price per share of Manchester United stock when it first went public in August, 2012. As of this writing, the stock is up to $18.33, one major factor in pushing the club’s valuation above the $3 billion mark.

The position of Manchester United in the English Premier League. After falling just short last season, Manchester United are on course to bring home championship number 20 (perhaps even the treble emulating the 98/99 season).

Manchester United are a historic football team worth billions in value with hundreds of millions of fans worldwide. 32 million likes on Facebook and a highly successful team on the pitch, the business of Manchester United grows from strength to strength thanks to a combination of very clever commercial partnerships internationally and success on the pitch. One without the other would have meant a business worth nowhere near $3 billion but together they are a force to be reckoned with.