Expectations are high; tickets have been bought, and scarves are at the ready for expectant fans up and down the country. FA Cup weekend is upon us, with the Premier League’s leading teams vying for a bid to snaffle the prized silverware. The chance of a visit to Wembley for one of football’s showpiece occasions […]

Chelsea took a huge step on their path to claiming the Premier League trophy with a 2-0 win over Hull City at Stamford Bridge yesterday. There was movement below the table-toppers with Arsenal jumping to second spot with a dramatic 2-1 victory over Burnley at the Emirates Stadium, thanks to a Shkodran Mustafi goal and […]

The billionaire owners of a clutch of Chinese clubs can put away the cash they have earmarked for a bid for Chelsea striker Diego Costa. Potent frontman Costa looked to be on his way out of Stamford Bridge after a bust-up with the Blues — and that was set to spark a big-money bidding war […]

Jurgen Klopp will bid to guide Liverpool to the top of the Premier League once more when the Reds host Sunderland at Anfield on Saturday. But it is tight at the summit and any one of four teams could arguably be sitting looking down on their title rivals come the conclusion of weekend games. For […]

Henrikh Mkhitaryan says talk of a swift return to Borussia Dortmund from Manchester United is wide of the mark. And the Armenia star reckons he is determined to make the grade at Old Trafford despite struggling to break into Jose Mourinho’s first team after aggravating a thigh injury in the defeat to Manchester City in September. […]

Jose Mourinho insists Manchester United’s Henrikh Mkhitaryan is not a forgotten man and is still adapting to life in English football. United manager Mourinho has to contend with concerns over the fitness of Wayne Rooney, Chris Smalling and Anthony Martial ahead of the home Premier League clash with Burnley this weekend. And with Eric Bailly […]

Gary Cahill has heaped praise on his Chelsea team-mates after the Blues made Jose Mourinho’s homecoming as Manchester United manager one to forget for the self-proclaimed Special One. Antonio Conte’s men trounced an abject United 4-0 in a one-sided Premier League affair at Stamford Bridge, with the victory and points edging Chelsea above Tottenham into […]

David Luiz has spoken of his delight at being back at Chelsea after returning to Stamford Bridge in the summer from Paris St Germain. Brazilian Luiz has settled right back in with the Blues and says he was eager to rekindle his romance with Antonio Conte’s side – and win the top flight crown after two years […]

Manchester United have been seeking the services of Henrikh Mkhitaryan for some time now and Borussia Dortmund are reportedly starting to crack. Despite Manchester United’s initial £19 million bid being swiftly dismissed by Dortmund, the Armenian attacker’s agent, Mino Raiola, is restlessly trying to push the deal through. According to reports by the Metro, Borussia […]

Manchester United have struggled to inspire confidence in the Premier League since Sir Alex Ferguson retired in 2013. The 13-time winners have finished seventh, fourth and fifth in the last three seasons and the club acted quickly to end Louis van Gaal’s tenure early with one year remaining on his contract. Cue a move for […]

All thanks to a bomb scare, the Red Devils match could only take place on Tuesday evening. Manchester United did not hold back when given the opportunity which allowed them to end their season in style as they beat Bournemouth 3-1. Bournemouth’s season has been successful bearing in mind that the main goal was to stay […]

It is no longer a secret anymore! We can expect a summer transfer market in which English Premier League clubs will dig deep into their pockets and splash cash in the race for potential transfer targets for the upcoming 2016/2017 season. This is particularly true for Manchester United following revelations by Board Executive Ed Woodward […]

Manchester United look to bolster their squad with João Mario. It is suggested that this deal could be their first after much speculation. Manchester United are looking o complete their first deal if this transfer window after apparently losing out to Bayern for Mats Hummels and Renato Sanches. More so Juventus look to be ahead […]

After an unimpressive season, Manchester United is now out of UEFA Champions League chances and accordingly has a set of plans for the summer transfer season. They need to decide quickly because another year without Champions League will not only upset the fans but bring about great economic loss. So it is a must that […] 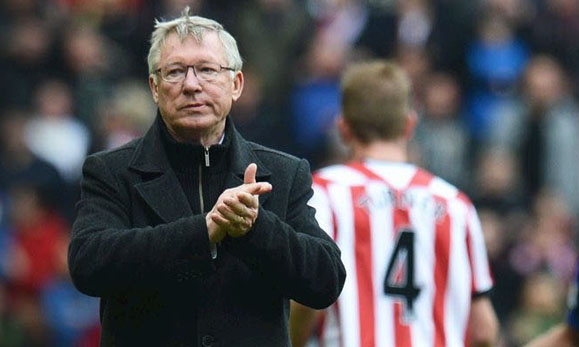 Living Manchester United legend Sir Alex Ferguson revealed to The Daily Mirror his biggest mistake at Man U. Surprisingly enough it was not about signing a player or selecting a line up, and happened over 15 years ago. Ferguson had announced he would be retiring at the end of the 2001 campaign. Yes, 2001, only […]

Manchester United is bound to make huge changes to its squad for next season, especially with Jose Mourinho looming over Louis van Gaal’s manager position. The Red Devils’ season has been a total disappointment to their fans, management, and to the team itself. However, Manchester United is now looking to revamp all aspects of their […]

Rumors surrounding Jose Mourinho and Manchester United have been coming up since the Portuguese manager was sacked from Chelsea last December. The Special One and Man U have both kept it on the downlow, but many sources report that Mourinho will be coaching The Red Devils next season. Louis van Gaal, United’s current manager believed […]

With the summer transfer period approaching, many clubs are set out to buy strikers and Manchester United is no exception. Whenever the transfer window opens they are the club most linked with players. But often they get the player they want. But this time they may have the man they want. The Red Devils has […]

Jose Mourinho has been linked to Old Trafford since his Chelsea exit last December. Now, rumors are stronger than ever as The Special One stated he will be back to managing in July. In addition to that, Louis van Gaal, Manchester United’s current manager, has almost certainly failed to deliver Champions League qualification. The Red […]