Man Utd will welcome Southampton at Old Trafford on Saturday. Both teams come into the game on the back of impressive results; United beat arch-rivals Liverpool 1-0 in their last league game whereas the Saints defeated West Brom 3-0 to win their second consecutive game and climb into the top half of the table.

Team News: Manager Louis Van Gaal has confirmed that Ashley Young is out for a substantial amount of time due to a groin injury.

He said: “Ashley Young has a severe groin injury, it shall be operated on, so he’s [out] for a long time. It’s unbelievable, but we’re not lucky with that. Jones and Schweinsteiger cannot come back this weekend. You can count it and we have seven injuries.”

“I think that he [Januzaj] is available. He made his work in the training sessions and he has played one match, which is not much of course. He needs to play more matches, but he is available.”

Marcos Rojo, Luke Shaw and Antonio Valencia will also miss out due to injuries.

David De Gea is arguably the best performing United player at the moment, and he will remain in between the sticks.

The duo of Chris Smalling and Daley Blind will form the centre-back pairing. Matteo Darmian will resume his role at right-back and in the absence of Young, youngster Cameron Borthwick-Jackson could start at the left-back position.

Bastian Schweinsteiger will miss the game due to an injury, so expect Marouane Fellaini to keep his place in the midfield. Morgan Schneiderlin will start alongside him in the centre of midfield.

Spanish midfielder Ander Herrera should keep his place in the attacking midfield position.

Attack:
Anthony Martial will keep his place on the flank, but Jesse Lingard might make way for Juan Mata on the opposite side.

Wayne Rooney has scored in every game this year, and he will continue to lead the line upfront.

Mourinho to Manchester United is a done deal? The truth revealed 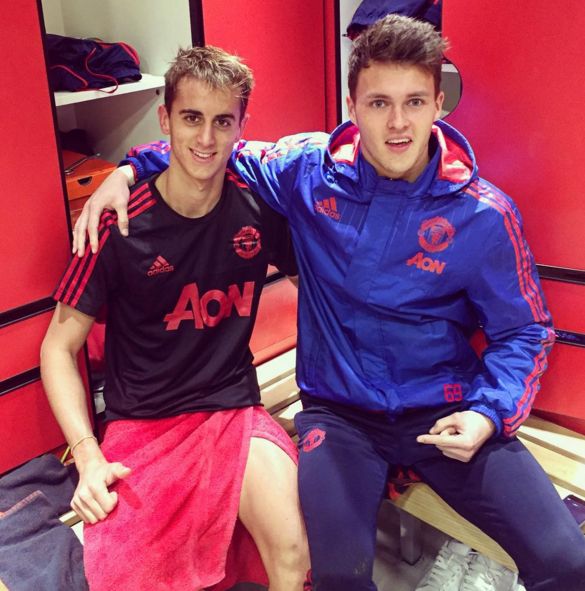