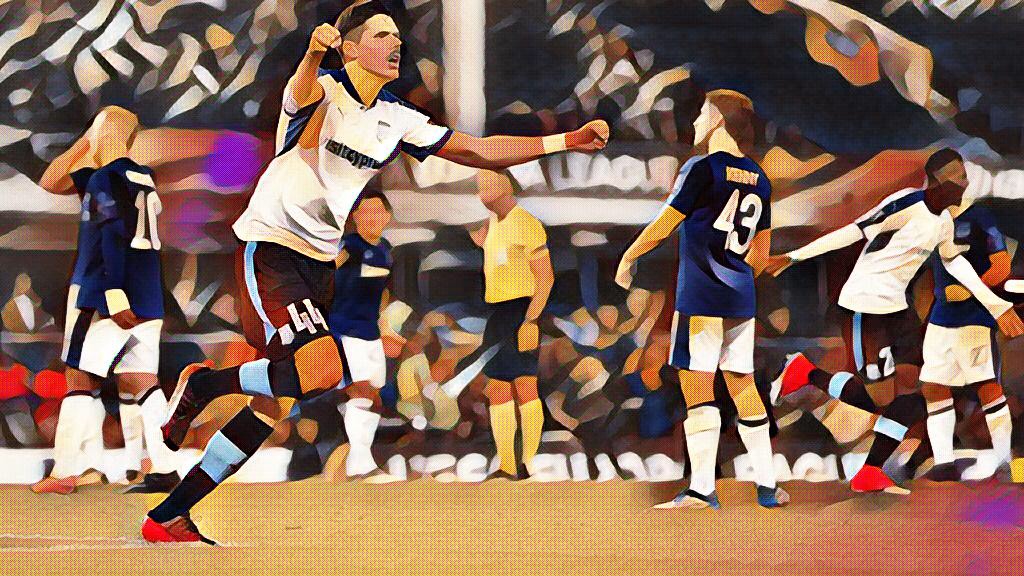 One thing that has become much more commonplace in football in recent years is supporters leaving matches early. Whether it’s because their team is losing or they simply want to beat the traffic, modern day fans seem to be less bothered about the last minutes of a match. However, one club who are showing that it is worth staying to the end of the 90 minutes is Apollon Limassol.

Despite the fact that they only have three points and next to no chance of progressing to the knockout stages of the Europa League, the Cypriot side have given their fans plenty to cheer about in the dying embers of their matches. At the 87th minute they have been losing in each of their four matches, however a 3-1 defeat at the hands of Atalanta is their only loss of the campaign so far.

Apollon beat Zaria Balti, Aberdeen and FC Midtjylland to get through to the group stages without losing a single leg. However, with Lyon, Everton and Atalanta in their group, the Cypriots were always the underdogs to progress through to the knockout rounds.

Apollon started the campaign against French giants Lyon. They had gone 1-0 down after Memphis Depay converted a penalty in the 53rd minute despite Bruno Vale guessing the direction of the kick correctly. This came after the penalty had been harshly given for handball against Brazilian left back Jander when he blocked a ball into the box. Apollon kept on fighting and this paid dividends in the 93rd minute when Nicolas Martinez ran down the line before squaring the ball to substitute Adrian Sardinero who poked it in via a deflection off of Marcelo and the post, bringing the score back to 1-1.

Their next match was away against Everton and with Ronald Koeman already under pressure the Blues boss will have wanted to win this one. Despite Everton fielding players such as Gylfi Sigurdsson, Jordan Pickford and Idrissa Gueye, Apollon got off to a great start when Sardinero scored his second goal in as many games to make it 1-0 to the away side. Anton Maglica had pounced on an Ashley Williams mistake and played the ball into the Spaniard who took two goes at getting the ball past Pickford.

Hector Yuste then put a goal on a plate for Wayne Rooney before Nikola Vlasic slotted the ball away to put the Toffees 2-1 up. Things then looked even worse for the Cypriots when former Sunderland man Valentin Roberge got himself sent off for a stamp on Dominic Calvert-Lewin. Although in true Apollon style they clawed it back when Yuste made up for his earlier error by climbing above everyone in the Everton box to get on the end of a deep free kick from Joao Pedro and head it past Pickford to make the final score 2-2.

Apollon faced Atalanta in their third group game and there was nothing they could do to keep them at bay, as Josip Ilicic gave an attacking masterclass, scoring once and assisting twice to give the Italian outfit a 3-1 victory. Although one thing that came from this for Apollon was that Andre Schembri became the first ever Maltese player to score a goal in the Europa League when he made the score 1-1 in the 59th minute.

Their latest game was also against Atalanta, although it was at home this time and the advantage this gives played its part. Just after the half an hour mark Esteban Sachetti had conceded a penalty, which Ilicic converted despite Vale once again guessing the direction of the penalty correctly. However, in the 94th minute Emilio Zelaya threw himself at a deep ball from Pedro to head it in, giving them another 1-1 draw.

With two group games left and a five-point deficit on Lyon and Atalanta it is near impossible for Apollon Limassol to progress in the Europa League. However, having shown the character and quality to get back from a losing position to get a point in the dying moments on three different occasions is very impressive.

Domestically they are seven points behind league leaders AEK Larnaca with three games in hand, so once they are out of the Europa League they will be able to fully focus their attention on getting back to the top of the Cypriot First Division. Apollon should now be looking to ensure that they are able to qualify for the group stages on a more regular basis (their last appearance was in 2014-15) and then push towards getting into the knockout stages. One thing that is for sure is that Apollon Limassol won’t be giving up on succeeding in European competition; they’ve definitely shown that this season.