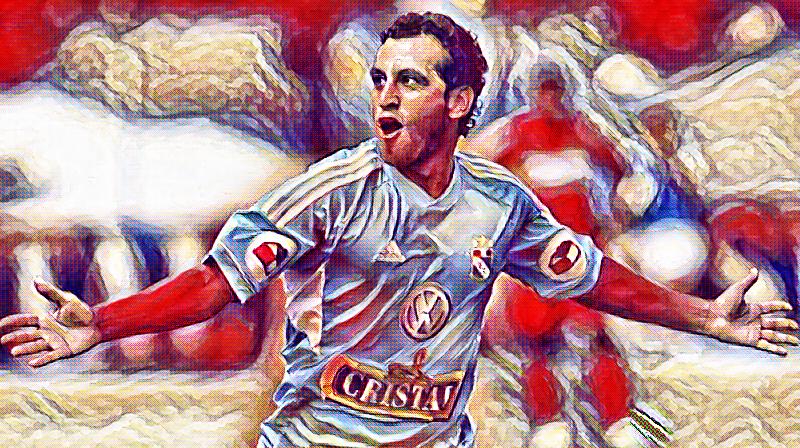 Club Deportivo Zuñiga are a football club in Lima, currently playing in the third tier of Peruvian Football. In the past, they were one of the best academies in the country with notable alumni being Renzo Sheput (Juan Aurich, ex-Sporting Cristal), Andy Pando (Universidad Cesar Vallejo, ex Alianza Lima), Sydney Faiffer (Sport Boys) and Edgar Villamarin (FBC Melgar) among others.

The club was founded on September 20th of 1980. It was founded under the name “Transportes Zuñiga”. The aim of the club was to bring order to youth level in Peru which there was none prior. The club was founded by Jose Luis Zuñiga, obviously after his surname. The club idea emerged from seeing the little support his son got at youth level. Jose’s son was named Miguel, and he played for Deportivo Municipal’s youth team at the time. However, as mentioned there was no organization at youth level and his son got little support from the club. He wanted to change that and from there, the club was born.

Club Deportivo Zuñiga was the first club in Peru that focused entirely on its academy. The idea was used by others in the future, with Academia Cantolao from Callao being the biggest example. Cantolao was founded on April 14th, 1981. 7 months after Club Deportivo Zuñiga.

The club is currently in the interligas of Lima, which is the last qualification process before the Copa Peru, the national third tier of the country. They recently lost in the final of the liga distrital de la Molina, 2-1 to Alianza Santa Cruz, however, they still find themselves in the interligas. The process to qualify for the Copa Peru is starting off with playing against others in your district. Once a team has qualified for the interligas, they play against teams in the city, and then once qualified for the Copa Peru, its playing against others from the nation, with the winner of the tournament going up to the Primera Division. In Peru, one team from the Segunda goes up, and the other promoted team is from the Copa Peru. As for the youth team, Club Deportivo Zuñiga participate in the Copa Federacion, which is the youth tournament in Lima divided by years of birth. For example, anyone born in 2002 play in that division and not against those born in 2001.

BFTGT writer Brian Bertie got an interview with Renzo Sheput, the most famous player to have started at Club Deportivo Zuñiga.

You arrived at the club at seven years of age and you are now a symbol of the club. As a kid, was there a player you looked up to that influenced your style of play?

Since I was a kid I liked Diego Maradona. Since I was very young I looked up to Maradona and I remember when he won the World Cup with Argentina in 1986. In that time, he was like Lionel Messi and Cristiano Ronaldo is now.

Which members of staff at Zuñiga did you get along with the most?

I got along with everyone at the club. I wouldn’t want to pick out names instead of just thanking everyone. When I got there, a few coaches that were there were Lita and Laca. Those were the two that welcomed me. There was also Faiffer and Peralta. Of course everyone in the Zuñiga family as well. I’d love to mention many people but specifically the ones that were there when I was around I give a huge thanks.

What was your most memorable experience at Club Deportivo Zuñiga?

All the years were fun. I remember I had the chance to go to Universitario or Sporting Cristal at around 13 or 14 years old but I always wanted to be at Zuñiga. There were a lot of fun moments. Playing tournaments with the club. My first trip abroad was with the club, we played a tournament in La Serena (Chile) in 1991 where we finished 2nd. Also an under 17 tournament which I sadly didn’t get to participate in but it was in my category. It was a lot of fun being at Zuñiga and I eventually even got to play for them when they were in the Segunda Division.

What did you learn most at the club?

In the academy, the coaches always told me to try and correct my errors as well as playing with both feet. It’s important to always maintain that style. It was important to always play with both feet and also when it came to taking shots at net. I’m a player who always tries to take advantage of footballs in place to score goals and that’s one thing I learned at the club.

You were at Sporting Cristal at around the same time as Manuel Marengo, who was also at Club Deportivo Zuñiga. How was your relationship with him?

Yeah it was very good. When I arrived at Sporting Cristal he knew I played for Zuñiga. He treated me really well and because I was just starting my professional career, I had help from the seniors. They really supported me and one of the main ones who did was Marengo.