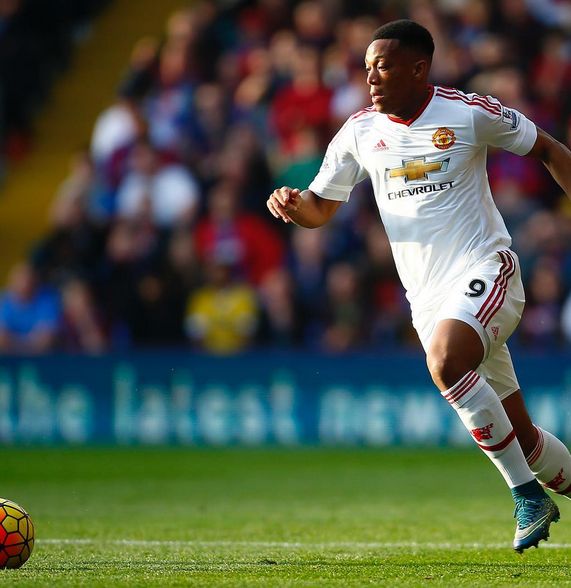 Manchester United have a long list of famous captains who’ve won trophies galore and celebrated countless victories and former United star, Garth Crooks, reckons they have another potential captain amongst their ranks.

Having watched the FA Cup semi-final performance last weekend, Crooks thinks Martial has what it takes to become a legendary captain at Old Trafford. Martial scored a late winner for Manchester United to give them a shot at the trophy this year.

He has adapted well to the Premier League since his eye-opening big money move from France. In a year plagued with inconsistency, Martial’s form has been one of the positive points from the season as the striker scored 9 times and set-up goals for other players.

“At last, Louis van Gaal has taken the shackles off his players’ ankles and allowed them to play the sort of football in keeping with Manchester United’s traditions. No-one has benefitted more than Anthony Martial, who probed and prodded his way into the dark recesses of Everton’s back four, found a key, unlocked their door and robbed them of all their possessions.

“Once the France forward found himself face-to-face with Joel Robles in the Everton goal, there was only going to be one outcome. This lad looked a bit special the moment he walked into Old Trafford last summer. In fact he looks as if he could be a Manchester United captain one day.”

Will Martial wear the captains armband one day? Who else could be the next United captain?