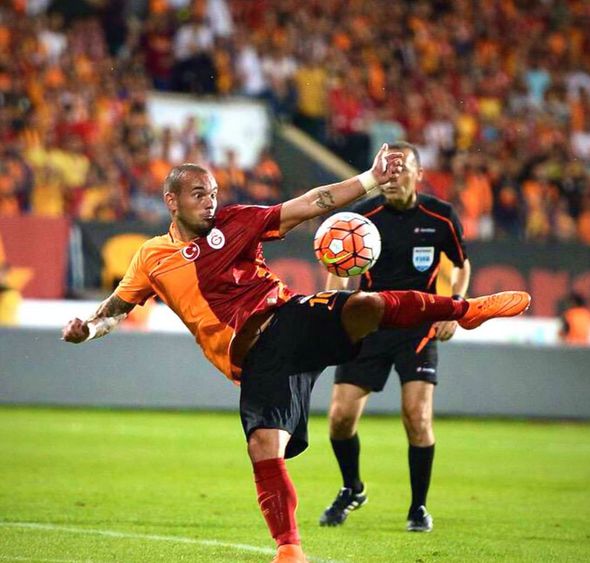 Posted in Chelsea By By Far The Greatest TeamPosted on December 18, 2015January 30, 2017Tagged Chelsea

Chelsea are preparing to make a move for Galatasaray midfielder Wesley Sneijder, according to Turkish newspaper AMK.

The report states that the Dutch international is currently not happy with his situation at the club and is looking for a transfer in the January transfer window.

The 31-year old’s current deal with the Turkish giants runs until September 2018, but he has a release clause of €7.5 million in his contract.

Dutch manager Guus Hiddink is expected to take charge of the Blues following the sacking of Jose Mourinho, and he has previously managed Sneijder for the national team. Sneijder would be interested in working under Hiddink at Stamford Bridge, and a transfer move to Premier League is certainly possible in January Transfer window.
Featured image via Instagram
Infographic via Transfermarkt