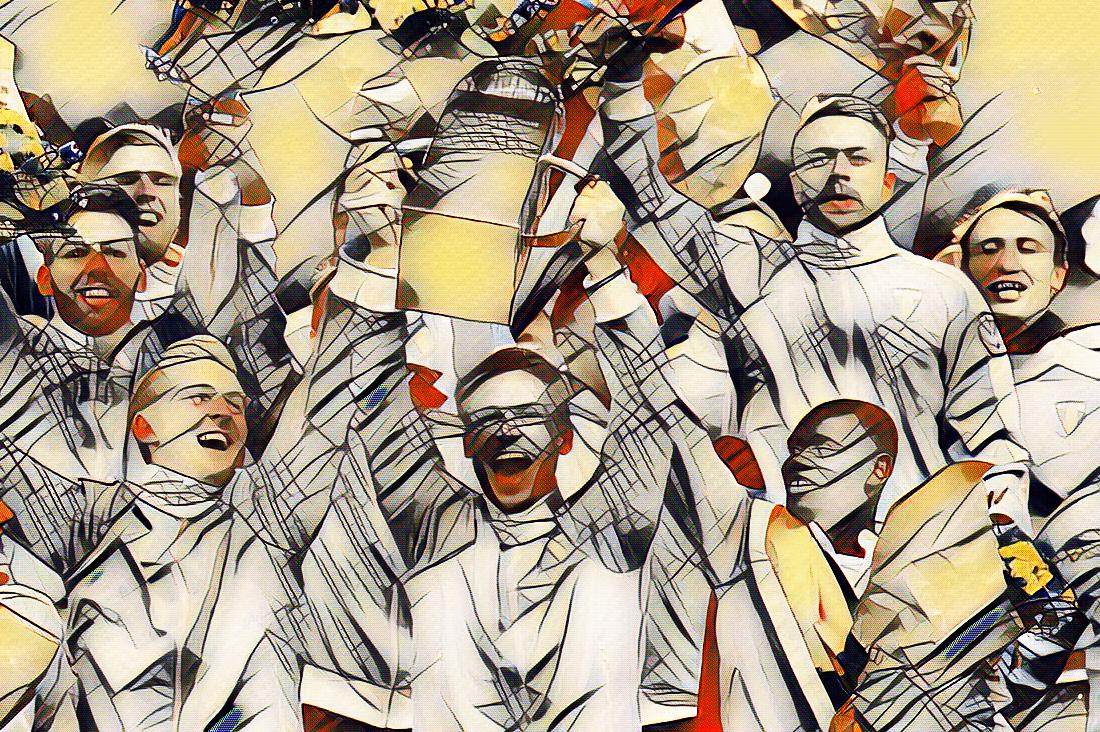 Jiloan Hamad stole the headlines for Hammarby IF in game week one of the 2018 Swedish Allsvenskan, as the Swedish Internationals hat-trick sealed a 3-1 home win over IK Sirius.

The Azerbaijani-born striker converted from the spot on the cusp of half-time, after Sirius’ Ian Sirelius handled the ball inside the box. Just five minutes after the restart, Sirelius was shown red for conceding yet another penalty, and again Hamad sent American keeper Joshua Wicks the wrong way.

Sam Lundholm gave Sirius a glimmer of hope when he curled one in the top corner from the edge of the box with 15 remaining, but a minute into stoppage time Hamad completed his hat-trick with a deft finish from close range. There was an opening day win for Hamad’s former club Malmö too, who last season achieved back-to-back league titles and their 23rd in total.

Malmö’s Mattias Svanberg opened the scoring against IF Elfsborg after just two minutes when he rifled a half-volley into the top corner from the corner of the box. Viktor Prodell equalised for Elfsborg 15 minutes later when he nodded cutely past Johan Dahlin in the Malmö goal, but in a rampant 25 minutes it was Malmö who restored their lead, when Icelandic International Arnór Ingvi Traustason scored from point blank after a swift Malmö move.

The reigning champions will face Djurgårdens next month in the final of the Svenska Cup, which was contested over pre-season. They too found a win in their first game of the season, where a single goal from Marcus Danielsson was the difference.

Djurgårdens achieved third-place in last season’s Allsvenskan, and travelled to Englishman Graham Potter’s Östersunds FK side. Danielsson stretched to tap home for Djurgårdens in the 12th minute, pouncing on a misplaced header from an Östersunds defender and, despite a late push from Potter’s side, proved to be the winning goal.

Last season’s runner-up’s AIK also secured the three points in their first game of the season, where they overcame the newly promoted Dalkurd by two goals to nil in front of over 50,000 people at the Friends Arena in Stockholm.

Full-back Robert Lundström scored after half an hour when he blasted past a wrong-footed Turkish stopper Abdülaziz Demircan. Dalkurd gave a good account of themselves in their Allsvenskan debut, and almost equalised through winger Yukiya Sugita but for a good save from Canadian International keeper Kyriakos Stamatopoulos. It took an injury time goal from Antron Saletros to secure the win for AIK, when the midfielder pounced on a loose ball inside the box.

It wasn’t a great day for the leagues newcomers, Trelleborgs FF and IF Brommapojkarna both succumbed defeats at the hands of IFK Göteborg and IFK Norrköping respectively.

Göteborg achieved a disappointing 10th placed finish last season, but were 3-1 victors at Trelleborgs courtesy of an Elias Már Ómarsson brace and a late goal from Vajebah Sakor.

Six of the league’s 16 teams saw managerial changes over the summer, and probably the most surprising one was Brommapojkarna’s sacking of former Aston Villa, Juventus and Sweden centre half Olof Mellberg, who’s contract was not renewed despite back-to-back promotions at the club.

Portuguese manager Luis Pimenta replaced Mellberg at the Brommapojkarna helm, and gave a good account of themselves despite losing 2-1 through a late Karl Holmberg penalty for Norrköping.

So after the opening weekend of the Swedish Allsvenskan, it is Hammarby who top the table, with Göteborg and AIK in 2nd and 3rd place respectively. Dalkurd hold up the table, with Trelleborgs joining them in the two-placed relegation zone.

Next weekend, Örebro host Norrköping in the only Saturday fixture, but the stand-out fixture is on the Monday where Malmö host AIK from 6pm.