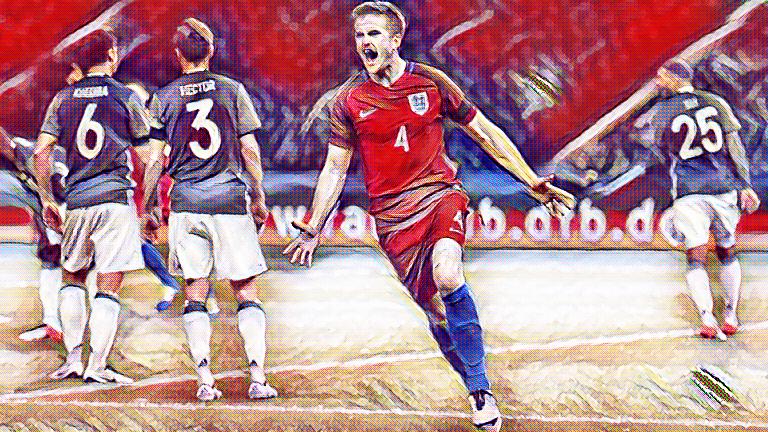 Three peeps on the referee’s whistle signals the end of the Premier League weekend and beginning of the International break. England have two games coming over the next ten days. First up for the Three Lions is a home qualifier against group minnows Lithuania. Gareth Southgate will be hoping to ease through this fixture and cement the teams place at the top of the table. Qualification to Russia 2018 is the priority for the newly named England Boss.

A midweek friendly away to Germany will give Southgate plenty of food for thought before selecting his side for the end of week qualifying fixture at Wembley against Lithuania. Although most will have England as a shoe in for the qualifier, Lithuania have already picked up a draw away in Scotland and Slovenia, somewhere in which England also failed to win! Jermaine Defoe will be licking his lips at the chances of pulling on the famous white Three Lions shirt, and if he starts, I would definitely back him to hit the net! England have several young faces in the squad in which Southgate would have worked with previously in the U21’s, so this is a good chance to set some foundations for the next year.

But before that, England travel to Dortmund to face old rivals Germany. Die Mannschaft will no doubt be looking to avenge the home defeat last year prior to the European Championships. England turned over the world champions in their own back yard, Berlin to be precise. England come from two goals down to win it at the death with a fine header from Tottenham’s Eric Dier. Hurrah! We had belief that our national team might actually give us something to smile about come the end of the summer (sadly it wasn’t to be). Harry Kane showed why he was leading the Premier League scoring charts with 21 goals, with an audacious “Cruyff” turn and finish into the bottom corner in a fitting tribute to the man himself who had passed away just a few days previous. Dele Alli showed no signs of an international newbie with a performance of which you would expect from his opposite number, Mesut Ozil

Will it be Rule Brittania or Das Boot celebrating on Wednesday evening? Southgate will not be too fussed as long as the boys do the business when it really matters.