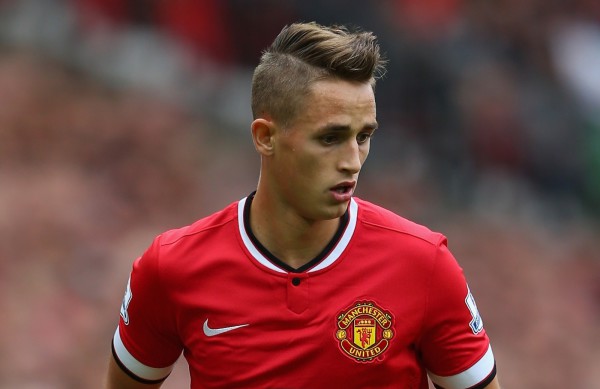 Adnan Januzaj has returned to Old Trafford after his loan deal with Borussia Dortmound was cancelled. Manchester United sent the Belgium international on a season-long loan to Dortmund in August in order for him to gain more experience.

Unfortunately, things were never good for the 20-year-old as he struggled to find more playing time where his only playing time in the Bundesliga came off the substitute’s bench and only managed to start just three matches –all in the Europa League.

A United statement stated: “Borussia Dortmund has agreed to cancel the loan agreement for Adnan Januzaj. Adnan will rejoin the first-team squad immediately. He has returned to Manchester in order to clarify the details.”

Besides, Dortmund sporting director Michael Zorc said that Januzaj’s loan spell had been generally disappointing. “It was a wish of Adnan to go back. The loan wasn’t a good deal for both sides all in all,” he explained.

Januzaj, who two seasons ago had a bright career, earning him Ryan Giggs’ famous No. 11 jersey, is now facing an unsteady season and a fight to save his bright spot after a complete failure of a loan move to German club which was supposed to blast him back into the limelight.

The Belgian’s troubles started after he failed to impress Louis van Gaal after being handed the famous No. 11 jersey. When Dortmund came knocking Januzaj embraced the chance with aim to secure more play away from Van Gaal. Van Gaal warned him that he was taking a risk by joining Dortmund instead of a lower-profile club where he would be assured of more play time.

“In a club like Borussia Dortmund, all the players there are also of a certain level and I said in advance: ‘That’s a big risk for you because you have to compete with other players of a higher level’ and that is not so easy,” Van Gaal said in November.

Now back at Old Trafford after the loan deal at Dortmund was cut short, the Belgium International is young footballer who has completely lost his way.

Despite his return at the club, Januzaj has not by recalled by Van Gaal.

Besides, according to other reports from Belgium, during Belgium’s 2014 World Cup campaign in Brazil, the 20-year-old found himself disagreements with some of his senior team-mates for the way he trained.
It is reported that Januzaj has a bad attitude and should embrace adulthood to success in his career.   “He had a habit of pushing the ball through players’ legs in training” the Belgium sources revealed. “He kept nutmegging them and they really didn’t like it.”

“Before long, Adnan was taken to one side by one of the coaches and it was suggested to him that if he wanted to have any allies in the squad then maybe he should stop.”