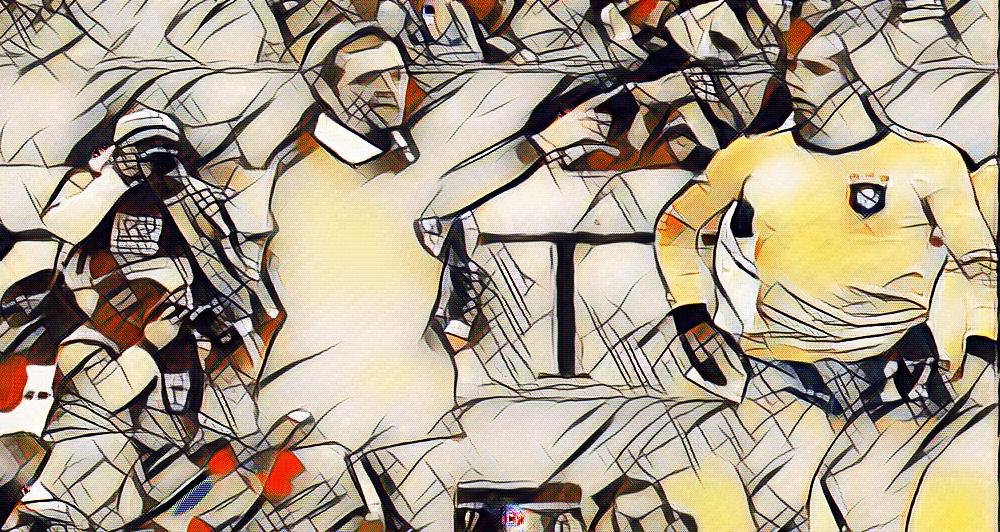 For those who don’t know Clive Thomas, there are plenty of football fans from the seventies for whom the name sends shivers down the spine. He courted controversy, which seemed to follow him around. These days referees have become celebrities, even getting a gig in tv studios to defend their professional colleagues. But forty years ago they were just ‘men in black’, without knowing who their fathers were, if some supporters were to be believed. They were generally older than the players, some old enough to be their dads, and tended to let the game go for as long as possible.

Thomas was different. He was a spindly specimen with a distinct ‘school-master’ demeanour. A stickler for the rules, he was the sort of teacher who would be more concerned whether your tie was straight or your shoes were clean, rather than if were actually going to pass your exams. He was the sort of official who would make sure runners had their feet behind the start line before a twenty six mile Marathon.

There were suggestions he loved the limelight and would make outrageous decisions to get his name in the press. The FA Cup of the mid-seventies has his name on a couple of incidents, both of them Semi-Finals and both involving Bryan Hamilton. In 1975 he denied Hamilton, then at Ipswich, a perfectly good goal against West Ham. Then two years later he ruled out another good looking goal when Everton were denied a winner against Liverpool.

But Thomas was admired by the authorities who liked his ‘referee-by-the-book’ approach and he officiated in the 1974 World Cup in West Germany and then the 1976 European Championships in Yugoslavia. But nothing cemented his name in the pantheon of World Cup moments more than in 1978 in Mar del Plata.

Cue day three of the tournament and Brazil were in action. The hosts had taken their bow the night before, coming from a goal down to beat Hungary. This had been a nervous first showing in Buenos Aires but they were off and running. Brazil turned up at the Jose Maria Minella Stadium in Mar del Plata, a region of Buenos Aires, in a stadium purpose built for the tournament. This had hosted the Italy v France game the day before and now Brazil were there to meet Sweden.

After having one of the finest teams ever seen at a World Cup in 1970, the 1974 Brazilians had been disappointing despite finishing fourth. Gone were Pele, Jairzinho, Gerson and Carlos Alberto and along with them went the samba football. Rivelino was still there and in this tournament we had our first glimpse of Zico, ‘the white Pele’. Sweden only needed to beat Norway and Switzerland to qualify and had a rather ageing side, captained by thirty five-year old Bjorn Nordqvist.

Both sides missed a host of chances, especially Brazil and then with eight minutes before the break Tomas Sjoberg put the Swedes a goal up. Right on half-time, Reinaldo grabbed an equaliser. The second half was full of mistakes and disjointed play and remained level deep into injury time. Brazil earned a corner on the right and the linesman ordered Nelinho to re-spot the ball as it seemed outside the corner arc. He finally took the kick, and bent it with the outside of his right foot into the six-yard box where Zico headed it in. Brazil had seemed to have won with a dramatic late goal.

But just as they were celebrating everyone noticed Clive Thomas was walking off wagging his finger in the air. The referee had placed himself on the angle of the bye-line and the six-yard box at the far post and once the ball went into the net Thomas blew his whistle for full-time. As he walked off he was surrounded by distraught Brazilian players yet he simply waved his arms, and then with maximum pedantry he pointed to his watch signalling time up. Looking rather pleased with himself he continued to be the first person off the pitch with an air of a school-master who has just signalled the end of break-time. The Brazilians were stunned, with the Swedes ecstatic having gained a point, but Thomas was unmoved.

He later claimed Nelinho had used up so much time taking the corner that he blew his whistle as the ball was in the air. Replays remained inconclusive as it appeared Thomas waited until the ball was in the back of the net before deciding to disallow it. Remember, there were no fourth officials in those days, no board signalling time added on so no one in the stadium had any idea how much time the referee would allow at the end. Thomas maintained he told the Brazilians to get on with it, although whether any of them could understand a man from Rhondda valley is unclear.

In Thomas’s defence he wasn’t the first referee end a game abruptly this in this tournament and ironically the first incident was at the same stadium the day before. Italy met France and were leading 2-1 having been a goal down and defending stoutly at the end of the game. The French had a free-kick on the right wing near the bye-line. As they were preparing to take it, Italy put up a two-man wall with everyone else in the area. The French player was just about to take the kick when the referee, standing on the six-yard box, suddenly whistled for the end of the game. Whether the French would’ve scored is uncertain and the ref on that occasion, Nicolae Rainea of Romania, certainly whistled before the kick was taken whereas Thomas didn’t.  But why allow the players to set up for the set piece and then not let them take it?

Thomas earned the nickname “The Book” as he would do everything by it, and largely became the focal point of a game rather than letting the players take the limelight. He will always be remembered for this incident, something he seemed to be very proud of.

Brazil had been disappointing in the game and the win would have flattered them, but the Swedes wouldn’t find the net again in the group as they finished bottom. Brazil made it to the Second Group Phase, eventually being cheated out of a place in the Final by the hosts and ended up third.