Following an unforgivable finish of 10th under Jose Mourinho and (later) Guus Hiddink, new Chelsea manager Antonio Conte has wasted no time in making significant additions to an ailing squad. The most prominent of these is arguably the £32m N’Golo Kante, whose power, precision and incomparable workrate ensured that Leicester City wrested the title from Chelsea last term with disquieting ease. 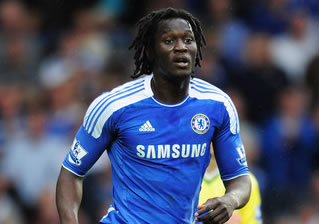 Romelu Lukaku joined Everton for £28m just two years ago but has been linked with a return to Stamford Bridge. Betfair Casino NJ offers the latest Premier League and Chelsea odds on the market.

The 2016 summer transfer window closes in just over two weeks, and of all the players linked, three in particular stand out as much-needed additions to a club that has a significant amount of pride to salvage.

The Conte era got off to a winning start against West Ham, yet the three points did not come without an almighty struggle against Slaven Bilic’s battling side. West Ham’s equalising goal came from a set piece, indicating a dire need for a leading figure at the back – especially one that possesses the ability to deal with set pieces effectively.

With a new one-year contract, the leadership qualities of club captain John Terry are still needed. When fit, the younger Kurt Zouma is his natural rival for the second CB spot, yet even at full fitness, the Frenchman struggled to impose himself at key moments in 2015-16.

Still only 23 years old, Real Madrid’s Raphael Varane represents what at first appears to be the perfect solution for Antonio Conte. His partnership with John Terry would enable Chelsea to combine pace with shrewd game-reading, yet the present day Premier League is far more physical than the Primera Division. Furthermore, Varane has plied his trade in a league which has for several years been a simple three-way battle between Real Madrid, Athletico Madrid and Barcelona.

Games against other teams in the Primera Division have seldom offered Varane a serious test. Bookmaker odds reflect the unlikelihood of a move before the window closes, with prices currently averaging at 25/1 for Varane to make a move to Stamford Bridge. This price is given further credence, with Varane rejecting a move to Manchester United earlier this week.

Verdict: Money talks, so nothing should be ruled out. However, Chelsea will not be missing out by any measure. The nature of the Premier League now favours strength and high workrates, making N’Golo Kante alone a sufficient defensive addition for now.

Eden Hazard was the opening goal scorer against West Ham, and looked much more like the unstoppable title winner of 2014-15, instead of the underachiever of last season. However, Chelsea occasionally lacked the true element of surprise needed to carve through a hardworking defence with greater regularity, and it took a last minute strike from Diego Costa to prevent a huge disappointment.

Since the beginning of the window, Draxler has been continually linked with Arsenal. This saga took another twist on Thursday afternoon, with a price of £43m reported for the Wolfsburg wizard. There have also been isolated rumours of a counter bid from Chelsea, prompting many to wonder exactly what role he would play in Conte’s revolution.

An ambidextrous player, Draxler has the shooting power to threaten directly from midfield. These elements give Draxler a true competitive edge in the transfer market, and he would certainly offer Chelsea much more in the way of balance. However, it is no surprise that Michy Batshuayi’s introduction alongside Costa gave Chelsea a distinct advantage in the late stages on Monday evening, implying that a two-striker setup should be the priority.

Verdict: Ultimately, Eden Hazard is coming back into form, rendering the missed signing of Draxler an acceptable loss – albeit to Arsenal. At present, 16/1 remains the shortest price for a scenario in which Conte triumphantly robs Draxler from under Arsene Wenger’s nose, unveiling him just minutes before the transfer window slams shut.

Romelu Lukaku remains strongly linked to a Stamford Bridge return, yet Everton are unlikely to sell their star asset while Iranian billionaire Farhad Moshiri continues to back Ronald Koeman. Combined with the possibility of a much-improved contract at Goodison Park for Lukaku, the pricy ultimatum issued by Everton has lengthened the odds of the Belgian powerhouse returning to Stamford Bridge, to around 6/4.

Chelsea fans will already be familiar with Lukaku’s powerful, direct style. While his holdup play still has much room for improvement, he can now finish powerfully and (at 23) has still yet to reach his physical peak – impressive though his build already is. He is now ready for the demands posed by wearing the Chelsea shirt, but he may struggle to make consistent first team appearances.

Verdict: If Loic Remy leaves, then backup is certainly needed. However, much cheaper (but still viable) alternatives can be found if the objective is to add depth rather than skill.

Chelsea boss “hates” diving… so what will he do with Ramires?

Mkhitaryan pledges to make the grade under Mourinho at Manchester United