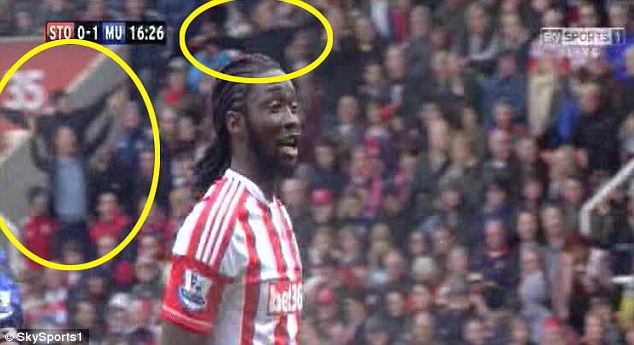 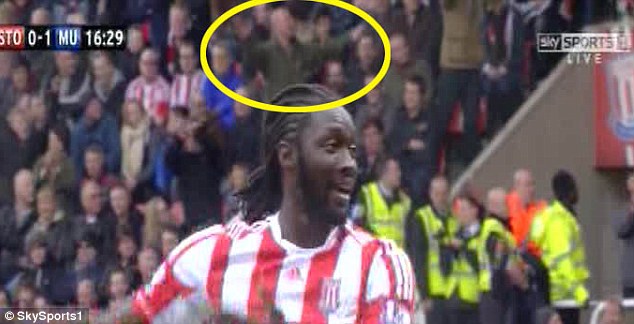 During Manchester United’s 2-0 win over Stoke City the home fans were caught on camera making the gesture of aeroplane wings to mock the Munich Air Disaster. This was followed by audible chants also mocking the disaster.

During the 15th minute Stoke fans held a minute’s applause for 14-year-old Kameron Bourne who was found dead at his home last weekend. His father, grandfather and brothers were season ticket holders at the Britannia Stadium. United fans were unaware what the applause was for and sang “what the fucking hell was that?” which lead Stoke fans to mock the dead of Munich just a minute after honouring the death of one of their fans. Sadly, this wasn’t the first time and probably won’t be the last time that Stoke fans have sung the song and made these gestures.

Before kick-off today, several Stoke fans were proudly displaying their “Munich bastards” banner outside a pub local to the ground. 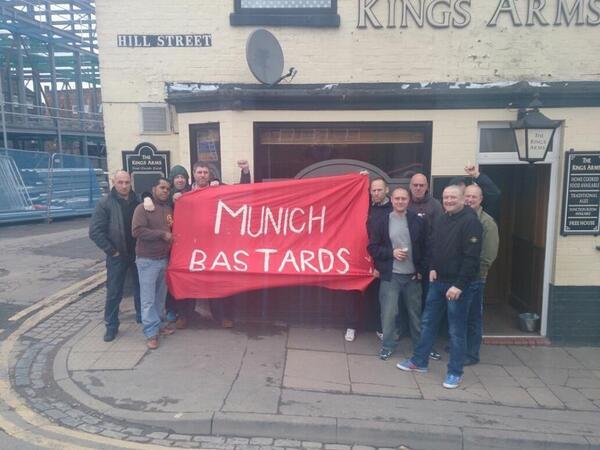