Skip to content
1 Comment on Who is going to replace Ferguson at Manchester United?Posted in Premier League By By Far The Greatest TeamPosted on December 19, 2012July 11, 2017Tagged Manchester United, Sir Alex Ferguson 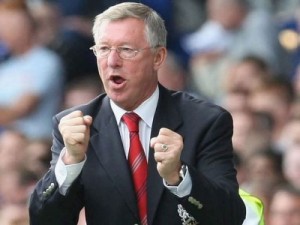 With football becoming more and more of a cut throat business, lasting a year in charge of one team can be considered an unmitigated success. So, for one man to have lasted over 26 at one club is nothing short of a miracle.

Sir Alex Ferguson surpassed that figure last month having taken over at Manchester United on the 6th of November all the way back in 1986. The veteran boss has enjoyed unprecedented levels of success since that day, despite fans of the club wanting him out during his early months at Old Trafford.

Nevertheless, the club persisted with the Scot and 37 major honours later and it’s fair to say that Ferguson is recognised as the most successful manager in football’s history, having received his knighthood in 1999 for his services to the game to all but place the icing on the cake.

Nevertheless, at 70-years-old, Ferguson is one man that won’t go on forever, despite his passion and drive for the game. The footballing veteran has previously insisted that he will retire in the past, only to U-turn on his decision and continue his managerial career.

His age may not be showing, but with Wigan Athletic chairman and close friend Dave Whelan insinuating that he may opt to call it a day at the end of the current campaign, there isn’t a better time to bet on the next Manchester United manager.

It comes at a perfect time for United with two predominant candidates expected to be available at the end of the season – Pep Guardiola and Jose Mourinho. The former is halfway through his one year sabbatical following his Barcelona resignation, while the latter is finding his position at Real Madrid come under increased scrutiny in his quest to land European glory.

While the domestic form for Real has faltered, the Portuguese tactician is still held in high regard as a result of his exploits for Los Blancos, of whom he finally wrestled the Primera Division away from Pep’s Barcelona last year and in emphatic fashion, securing the most wins, mustering the highest points tally and scoring the most goals in its illustrious history.

The form may’ve dipped, but Mourinho still believes he has unfinished business in the Premiership and has previously hinted that a move to Old Trafford is a possibility. In regards to Guardiola, the Spaniard has been mooted with a possible switch to England once he decides to return to management.

The 41-year-old is six months through his one year leave of absence, but is regularly linked with a role in the Premier League. Chelsea and Manchester City are the two mooted destinations for Guardiola, but you can be sure that United will be interested in the former Barcelona head coach, with Ferguson garnering first-hand experience on the capabilities of Pep’s previous teams.

However, it’s hard to overlook current Everton manager David Moyes in the hunt for Ferguson’s replacement, with the United boss tipping his compatriot to succeed him earlier this week. The Toffees manager is another that has consistently been linked with take over the reins at Old Trafford in the past.

His credentials speak for itself, having worked wonders with Everton during his 10 year reign at Goodison Park – the third highest in the Premiership behind Arsenal manager Arsene Wenger and Ferguson.

Whoever succeeds the veteran Scot will undertake a highly pressured role. The United faithful have become accustomed to success over the years and the next manager will be expected to reach similar heights as that of Ferguson during his 26 year, and counting, reign.