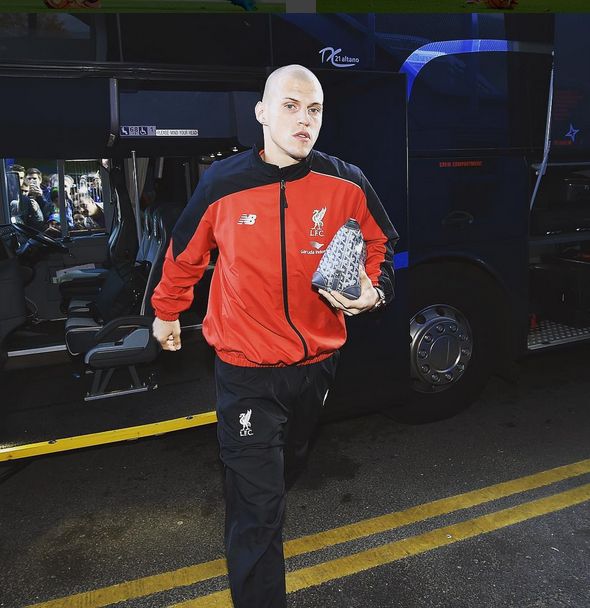 Posted in Chelsea, Liverpool, Newsnow Feed By By Far The Greatest TeamPosted on October 31, 2015November 5, 2015

Jürgen Klopp was able to claim his first victory as boss of Liverpool on Wednesday evening after beating Bournemouth 1-0 in the Capital Once Cup. Attentions now turn to the weekend’s Premier League clash against Chelsea and, Liverpool will be looking to clinch another victory under the stewardship of Klopp.

Meanwhile, Chelsea are coming into the game on the back of two consecutive defeats and are surprisingly mired in 15th position in the Premier League. With Jose Mourinho’s job at Chelsea reportedly hanging on a victory over Liverpool, the Reds should expect a tough encounter, albeit Klopp has a decent record against the Portuguese.

However, we have outlined what Liverpool’s starting XI could be like on Saturday;

Simon Mignolet: The Belgian goalie has been pretty good this season, but he has also been quite inconsistent. There are times when Mignolet has made some brilliant saves but he has also been unable to organize his defense at times. Adam Bogdan was in goal during the victory against the Cherries on Wednesday, but Mignolet will now return to take his place between the sticks.

Nathaniel Clyne should assume duties at the right side of defense after playing at left-back during the midweek. The former Southampton man will be facing his biggest test since joining the Reds, with Eden Hazard likely to start on the left side of attack for Chelsea.

Dejan Lovren, Martin Skrtel and Kolo Toure all featured against Bournemouth, with Skrtel coming on for the Ivorian after the veteran picked up a knock.

Now Lovren and Skrtel will be handed the task of nullifying the threats of the Blues’ attacker, who have clearly struggled this season. Diego Costa is a doubt for this match and, this may give a huge chance to Liverpool to snatch all three points, as the Reds’ defenders will find it easy dealing with either Loic Remy or Radamel Falcao.

Alberto Moreno will certainly resume left-back duties against Jose Mourinho’s side on Saturday, after being rested for the midweek League Cup clash. With Jose Enrique suffering a setback on his return from injury, Moreno is sure to start against the Blues tomorrow and, Klopp will be hoping the defender’s marauding run helps inflict defeat on the west London club.

Both Lucas Leiva and Emre Can should return to Liverpool’s starting line-up against Chelsea, as Klopp will need them to contain Cesc Fabregas or Oscar who could also be playing in the number 10 role.

However, Lucas and Can will have to be careful of not fouling any Chelsea player close to the goal area, with Willian now one of the best free-kick takers in the Premier League.

Experience midfielder James Milner should start after serving his one-match suspension and although he is not a fearsome type attack-wise, the Englishman’s experience will count against the Blues in what could be a pulsating encounter. However, Milner’s poor form could mean Klopp will hand a start to either Adam Lallana or Jordan Ibe.

Roberto Firmino’s Man of the Match performance against Bournemouth should also earn him a start against the Blues and, the former Hoffenheim ace could have an excellent game with Nemanja Matic a far cry from what he was last term. Philippe Coutinho will certainly start the encounter and the exciting play-maker has the ability to cause the Blues’ problems.

It appears Christian Benteke will be fit for the game and he will be a much-needed presence upfront with Divock Origi struggling to make an impact.

However, the Reds wingers should double up on the crosses for the Belgian who is an aerial threat and with Chelsea conceding 19 goals already this term, this is a chance for Liverpool to put some more past Asmir Begović in the Blues’ goal.