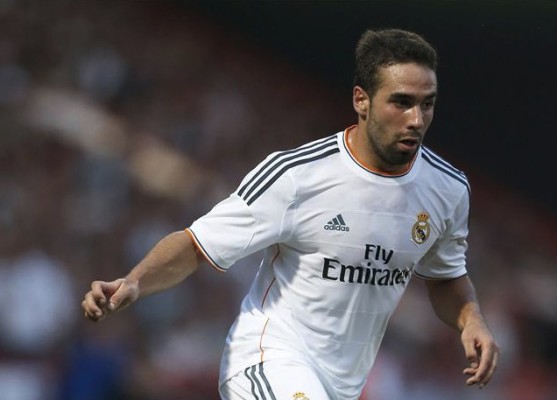 The Blues have endured their worst start to a league campaign in years after falling to three defeats already and conceding 12 goals – with many heaping blames on their defence which used to be impregnable in the past. Captain John Terry and assistant Branislav Ivanovic have been singled out for criticism, after the pair fail to replicate their forms of last season.

Ivanovic – who was dropped for last Wednesday’s victory over Maccabi Tel Aviv – returned to the Blues’ starting line-up for the Arsenal clash on Saturday while Terry continued his adventure on the bench. Nevertheless the Serbian defender has found his position at the club under scrutiny.

A report from the Daily Mail last week claimed that Chelsea boss Jose Mourinho has ordered the club’s scouts to find suitable right-back options and, it appears as though the Blues will launch a full assault to sign Dani Carvajal from Real in January.

Carvajal has seen his playing times limited under new boss Rafael Benitez, although he started in Real’s last two games, with the Spanish boss preferring Danilo instead.

Nevertheless, Mourinho could table an offer of around €19m [via the Express] for Carvajal in the new year.