The Mourinho’s led EPL defending champions have successfully completed the signing of highly rated defender Baba Rahman from Augsburg in deal worth around £21.3m.

The player has been taken round Chelsea’s Stamford Bridge and other facilities in a familiarization tour. When faced with the press, the player expressed his delight at the realisation of his dream of joining one of the biggest clubs in world football with the hopes of giving his best to the team spanning his stay at London. 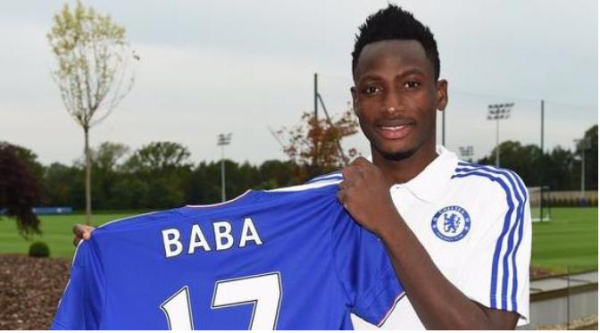 After been vociferous about his move, Baba also sent a message to the fans hinting them why he opted to join them.

“I have made this decision and it is really not easy because i felt good at Augsburg.

“But the move to England is a very big opportunity for me to play at a top club like Chelsea, so i would like to take this step. I am really looking forward to playing with many great footballers.” As stated by the official website of Augsburg.

Baba is expected to be giving the nod over the ageing Ivanovic whose recent performance meant that he will be relegated to the bench in favour of the versatile defender.

Baba’s all round game was impressive for Augsburg has he helped them qualify for the lucrative Europa League.