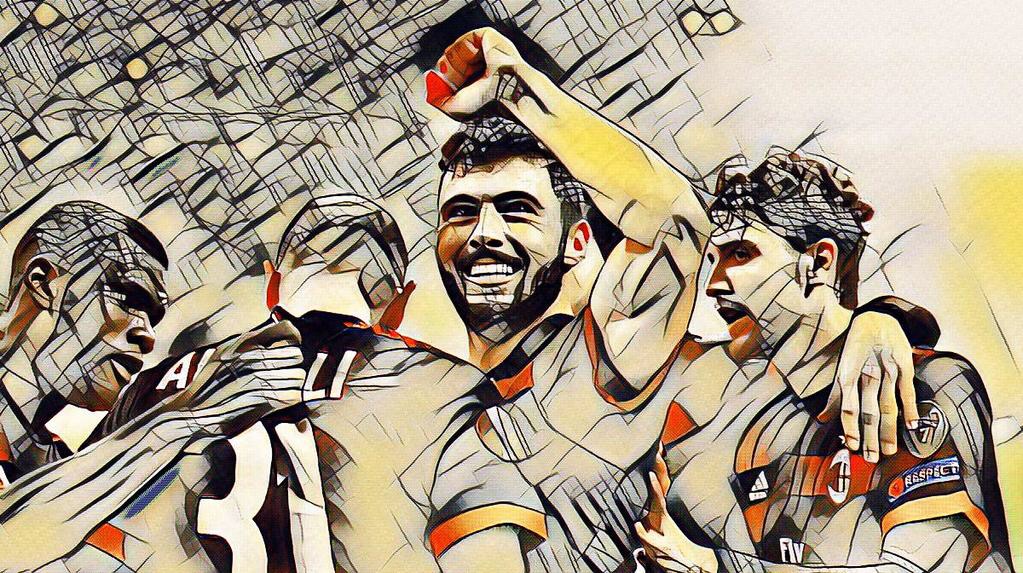 Having shown themselves to be one of the powerhouses of European football in the past, AC Milan’s fall from the top has been well documented in recent years. With high profile signings such as Leonardo Bonucci, Andre Silva and Ricardo Rodriguez in a haul that cost over £150 million, it seemed as though they would finally challenge the top sides both domestically and in the Europa League this season, as they play in European competition for the first time since 2014.

However, domestically things haven’t turned out as I Rossoneri would have hoped. They currently sit 11th in the Serie A table, level on points with Torino, Fiorentina and Udinese, a massive 23 behind league leaders Napoli. They have had results that will be considered unacceptable, such as giving Benevento their first ever Serie A point (which came after 14 straight defeats), a 3-0 loss against Chievo Verona and failing to get a single point against a top six team so far this season.

Their poor results led to Vincenzo Montella being sacked in November, to be replaced by former Milan midfield general Gennaro Gattuso. As a player Gattuso won eight major trophies with Milan and a World Cup with Italy. However, there were plenty of questions asked about the appointment, as the Italian’s only managerial experience before taking the hot seat at the San Siro was four months at Palermo in 2013, 17 games with OFI Crete, two years with AC Pisa who he got promoted from Serie C and a spell with AC Milan’s Under 19s.

Away from all of these questions surrounding league form and managerial appointments there have been positives for Milan. In the Coppa Italia they easily dispatched Chievo Verona before easing past Inter thanks to an extra time goal from Patrick Cutrone to put AC into the semi final of the competition. Maybe even more importantly, they have managed to top their group in the Europa League and progressed to the knockout stages.

Having comfortably navigated their way past Romanian side CS Universitatia Craiova and Shkendija from Macedonia in the qualifiers, Milan were drawn against AEK Athens, Rijeka and Austria Wien. They got off to a great start in the group, beating Wien 5-1 in the opener, a result which was followed by a victory against Rijeka, two draws against AEK Athens and then another 5-1 demolition of Wien. Despite a weakened side losing 2-0 to Rijeka in the final match of the group stages AC Milan comfortably topped the group, finshing three points ahead of AEK who were in second place, which will give them a boost going into their first knockout round match against Ludogorets.

What makes these results something of an escape for the Milanese club and shows the contrast of domestic and European results is that they didn’t win any of their Serie A games before a Europa League tie. Before the first 5-1 thrashing of Austria Wien they were on the wrong end of a Ciro Immobile hat trick and lost 4-1 to Lazio, they lost 2-0 against Sampdoria before their Rijeka win, narrowly lost out 3-2 against Inter due to a Mauro Icardi hat trick and conceded twice at the hands of Higuain in a 2-0 loss against Juventus before the draws against AEK Athens, were beaten 2-1 by Napoli before their repeat rout of Austria Wien and finally had the disastrous draw against Benevento before the one fixture that didn’t bring them respite as they lost against Rijeka.

As well as allowing the collective to get positive results, the Europa League has provided an opportunity for certain individuals within the AC Milan squad to show what they can do. Big examples of this are forwards Andre Silva and Patrick Cutrone. Silva has started just four Serie A games and come off the bench eight times, failing to record a single goal or assist in that time, while Cutrone has started six games and come off the bench eight times, scoring and assisting twice.

The club’s European performances in no way compensate for their league form and don’t hide the fact that there are big improvements that need to be made at AC Milan. However, it does give them a chance to show that they can play against big teams in Europe as well as giving new acquisitions a platform to impress when they haven’t been able to make an impact domestically as of yet. There are a lot of big name clubs such as Arsenal, Atletico Madrid and Borussia Dortmund in the competition who Milan could face at some stage if they get past Ludogorets, which could replicate the feeling of big European nights of years gone by. The Europa League isn’t going to fix AC Milan’s problems, but it can offer small doses of escapism from the domestic troubles they have found themselves in.