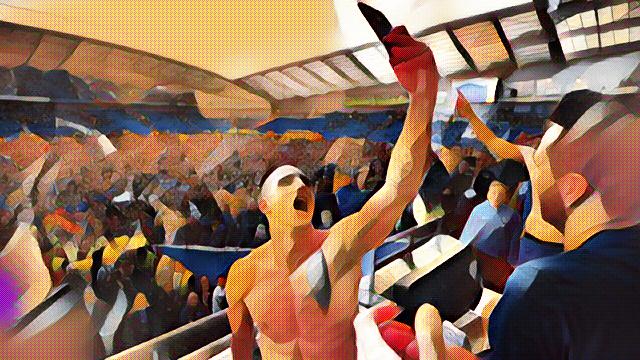 We have seen and heard it thousands of times. Managers interviewed after games where their team has been beaten. Instead of saying “they were better than us,” or “our defence didn’t play well,” they do whatever they can to take the limelight, and the pressure off the players.

This in part is gamesmanship. The art of winning by using various ploys, tactics, and strategies to gain a psychological advantage. Managers blame bad refereeing decisions or poor tackles by opposition players as reasons for a loss. But never their own team. Gamesmanship from managers deflects the location of blame away from those most vulnerable of falling victim to a psychological disadvantage. In the modern game, managers artfully deploy alternative facts in a pre-post-truth world.

Jose Mourinho criticised journalists, and quite rightly when they questioned him over his thoughts as to whether Hull City’s Oumar Niasse should have been sent off for apparently stamping on Michael Carrick and later fouling Daley Blind. Mourinho said: “I do not want to speak about the referee and decisions. Because if I speak, I am punished and I do not want to be punished.”

Players do not answer back like this. They withhold their opinion. It is too dangerous and goes against the dull branding of a modern day football team. Take the Liverpool players who star in the Nivea face cream adverts. They are highly paid, well-groomed athletes who smile and say nothing. They live in a perfect wrinkle and personality-free universe. Just how the club likes it.

Footballers are young, rich, and in many cases, sheltered, athletes who drive bright coloured Italian supercars and stay in luxury hotels around the world. They could not be any further away from fans if they tried. In the wake of this divide, players started emerging as Twitter users and voicing opinions they would never have given freely in an interview. They were honest and candid and able to reconnect with fans. Wayne Rooney benefitted from this by demonstrating that he is not an angry and stroppy grouch. He is in fact, a dad and a husband. And his Twitter account has been the best type of PR for both player and club.

Of course, journalists and the press are partly to blame for the spread of boring images of footballers. Scandal is big news, and for the press, what better way to pick up a thread of a new scandalous story than from a partially thought through 140 character insight from a footballer’s mind?

Football clubs cannot stop players from using social media. But, they know it is a possible and dangerous way of freely allowing them to voice unfiltered opinions at the detriment of the club. The club responds by pushing the media machine into action. They train players to use social media so comments needing to be cleaned up by the club are avoided. This came to the fore in light of high profile cases such as Ashley Cole berating the FA and the accusation against Rio Ferdinand for using a racially derogatory term.

For this reason, we now see a lot of standard “Good 3 points today. The lads played great!” type of tweets. Clubs have moved to cleansing players of their own thoughts and opinions and replaced them with positive club propaganda.

In some cases, the Football Club Thought Police are in full force when directly telling players what to tweet. Victor Anichebe at Sunderland copied and pasted a tweet he had been given and accidentally left on the top line instruction.

Until players can think sensibly for themselves and outside the control of their clubs and the FA, we are sure to continue seeing a widespread bland image of footballers for some time yet to come.