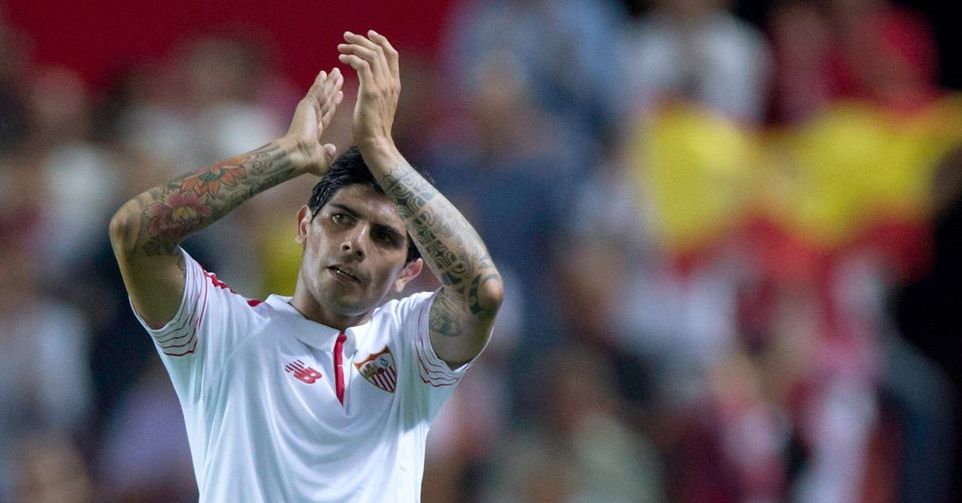 Man Utd have been on the chase of Sevilla midfielder Ever Banega for quite some time now. The Red Devils were linked with a move for the Argentine in the January window, but nothing happened.

The reports then suggested that United plan to sign the 27-year old on a free transfer in the summer. Banega is in the final year of his contract with the La Liga club, and several club are interested in signing him for free in the summer.

Serie A club Inter Milan are reported to be interested in signing the player and has offered a £2.7million-a-year contract to the player.

However, Italian publication ITA Sport Press claims that the Red Devils are the favourites to sign the player as they have offered him a huge £3.5m-a-year deal.

Spanish publication Fichajes further claims that Banega is the number one target for the Red Devils, and they are confident of signing him in the summer.

Banega’s agent Marcelo Simonian recently confirmed that a number of clubs are interested in his client.

“The first thing I want to say is that Banega hasn’t signed anything with anyone,” he said.

“There are many, many teams interested. But we haven’t signed with Inter or anyone else. I know Ever well and I know how happy he is at Sevilla. He knows what the club has given him and all that is taken into account.”