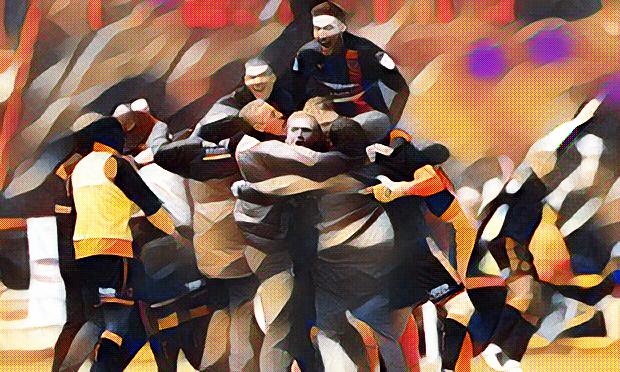 As it goes, we lost to Swansea last night. I wasn’t arsed about it anyway. We made eight changes last night with Costa, Douglas and Doherty retaining their places from the draw at Barnsley last Saturday; Doherty and Douglas kept their places because we literally haven’t got anyone else that could have played there as Ofosu-Ayeh is still doing his best impression of a ghost and Vinagre was suspended. Costa started because he needs game time and I’d like to think Cavaleiro will replace him on Saturday as we need to blast Forest from the start. No messing.

Jordan Ayew danced (almost literally) his way through half of our team and finished past Norris marking the first goal Norris had conceded competitively for us. Not bad going when you consider he’s faced the like of Man City and Southampton this season. The future is certainly bright for Norris and he will make a fantastic deputy for Ruddy one day. The same can’t be said about our back three of Miranda, Hause and Batth as they didn’t cover themselves in the glory. Hause is a weird prospect, he’s either the dog’s bollocks or shit, there doesn’t seem to be a middle ground. However, it’ll be interesting to see if Nuno still considers him as an understudy to Boly after this performance or whether he will look elsewhere. Batth is Batth. He’s a liability, always has been and always be, end of. Miranda most likely had £5,000 on Ayew first goal as did the rest of his betting ring which would explain a lot. ALLEGEDLY.

We used Jota for what I believe was the first time in either cup this season as he came off the bench in the 64th minute and he introduced himself to cup football by drawing us level. He cut back inside from the left and put it beyond Nordfelt, who really should have done better. The shot wasn’t hit that hard but somehow it managed to find a way in if only Nordfelt had done that at Molineux, the European dream could still have been alive. Maybe next year.

Miranda somehow got a message to his mates and told them that Boly was going to score the next goal as another calamitous show resulted in Boly scoring. Someone should have cleared it. Anyone. Just twat it. Maybe next year. That was the end of that, so despite me planning our route to the semi-final, I’d be putting my passport away yet again. Maybe next year.

We’ve got Forest this weekend as I mentioned earlier and they’re one of those clubs that do my head in which will come of no surprise to anyone. They’re such an insignificant club yet they’ll pipe up every now again about their European Cup win which was over 400 years ago, yet they’ll harp on about it like it was last week. Wankers. Robin Hood was a prick as well. Putting my dislike for them to one side, if we look at it objectively, they’ve only won once in nine away from home, sit bottom of the form table for the last five games and sit 21st for the last ten games, so we should win. Should.

The lack of form and that should be ignored though in all honesty because they’re under the guidance of Karanka now and I don’t care what anyone says, I think he’s a very good manager at this level and before Nuno came, I would have been happy with the Spaniard. Barrie McKay & Kieran Dowell have got thirteen goals and eleven assists between them so Nuno, keep an eye on them pair. And yes he does these. Nuno and I are like peas in a pod.

Michael Kightly scored twice in a 5-1 win at Molineux when we faced Forest the season we won the league and I’m hoping for a similar result, although, I’d take a 1-0 if you offered it to me right now. Earlier this season, Jota was the difference at the City Ground as he was still a relatively unknown quantity in comparison to what he is now. He scored twice and could have had more in what was a breathtaking performance.

All things considered, if I was a betting man (luckily I am), I’d be backing (again) us to break the Championship record @ 6/1.