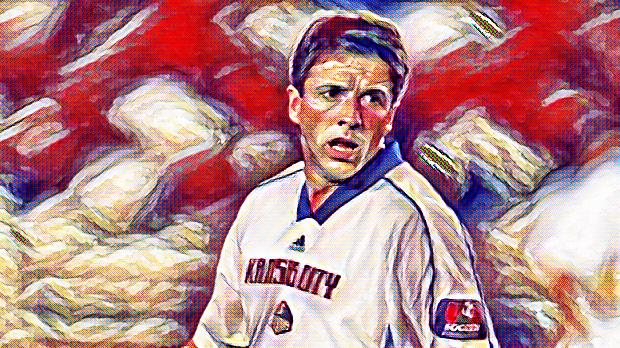 Predrag Radosavljevic is an MLS legend. For those wondering who this is, let’s use his better known nickname, Preki.

Preki had played his early career in the American Soccer indoor leagues becoming an indoor legend in a career of 370 games, scoring 399 times and assisting in 384, before being signed by Everton after successfully completing a trial. He spent two years at Everton making 53 appearances and scoring 4 goals. After another season on the indoor circuit and a season at Portsmouth, Preki signed for MLS side Kansas City Wiz in 1996.

It was the start of a fantastic career in the MLS for the Serbian born American, who acquired US citizenship in 1996.

In his first season, Kansas made it all the way to the final. Having finished 5th with a 17-15 record, they beat Dallas Burn in three games, before losing to LA Galaxy in the final. Preki had played well that season scoring 18 times and assisting in 13 in his 32 MLS appearances.

The following season was even better for Preki. Kansas had changed their name to Kansas City Wizards and their record of 21-11 was enough for them to top the Western Conference and head into the play-offs. They were knocked out by Colorado Rapids in the best of three matches in the Conference semi final.

Preki was voted MLS Most Valuable Player as well as the scoring champion with 41 points, his 12 goals and 17 assists going towards the points total – two points for a goal, one for an assist.

The next two seasons were disappointing for the Wizards and Preki as the team finished bottom of the Western Conference in both years. But the Serbian born player continued to impress.

A change to the format in 2000 meant that tied games would now stand following a ten-minute sudden death extra time, rather than the match being decided on penalties.

For Kansas it was a memorable season as they won the MLS Supporters Shield with the best record of 16-7-9 and went on to the MLS Cup beating Chicago Fire in the final 1-0. Preki scored three times and assisted 15 in his 31 appearances.

At the end of the season the American joined Miami Fusion where he spent one season at the club before they folded. The Fusion won the Supporters Shield before they were knocked out in the play-off semi-finals against San Jose Earthquakes. Preki had played 24 times for the Miami based team scoring eight goals and assisting in 14.

With the club being contracted by the MLS, Preki was re-signed in the 2002 MLS Dispersal Draft by The Wizards again. For the Wizard fans it was great to have him back.

2002 was a disappointing season for both player and club, but the following season Preki was back with a bang as he once again won the MLS MVP, the only player to ever win the award more than once. It was a massive feat for any player, but a true testament on just how good Preki was in the MLS.

The Wizards were defeated in the play-offs against San Jose 3-2 and missed out on a place in the MLS Final. Preki finished with impressive figures of 12 goals and 17 assists.

His last two seasons with Kansas City Wizards were more bit part appearances playing only 18 times over two years, however Preki did score in his last ever game, in the last minute with Kansas City at the ripe old age of 42.

Preki is the current all-time league leader in points scored – 270 points from 79 goals and 112 assists plus 25 points from 10 goals and 5 assists in the play-offs.

He was also named as one of the players in the All-time MLS XI.

He played 28 times for the United States and scored 4 goals. His coaching record has not been on par with his playing days, having managed Chivas USA, Toronto FC, Sacramento Republic FC and currently Saint Louis FC with little success. But what he did achieve with the teams, was bringing along some of the players he managed, making them better players and improved professionals.

The American was an excellent attacking midfielder who could score goals with either foot. It was his left foot that was almost wand like and Preki scored many goals from long range hitting unstoppable shots into the back of the net.

On the ball, Preki had great technical ability. He had immense dribbling skills with the ball seemingly stuck to either foot. He was known for his cutback move and it was not just for scoring goals that Preki was known by. His 112 assists in the MLS is some contribution in itself.

Preki was one of the most exciting players to have graced MLS. He may not have played for any of Europe’s top teams and he is relatively unknown outside America, but The Wizard fans adored him and his MLS career was stuff of dreams.

Inside America and the MLS, Preki is a living legend. It’s not everyday that a player gets two moves named after him: The Half Preki and The Full Preki.

Preki was undoubtedly a star of the MLS, on and off the pitch. If he can have half his playing career as a manager of Saint Louis FC they could be in for quite a ride.