The Gunners are up and arms but their unity is at getting rid of Arsene Wenger. It’s at that time of the year again when Arsenal  look to be heading for the usual top 4 yet this season they are without the FA cup. Arsenal ended a 9 year trophy drought by clinching back to back FA Cups.

However, this year come December, the Gunners seemed to be finally heading in the right direction. Yet once again it all fell apart a little too soon.  And here they are again fighting for the Champions league spot.

It appears the Gunners have no plans to separate from longest serving club manager Arsene Wenger. The French manager has been with Arsenal since 1996 and has gathered the most silverware for the club.

However, in recent years or a decade rather, trophies have been few. Which has led fans to turn on Wenger and plea for his axe. It appears every season Arsenal look to be heading towards the Barclays Premier League title only to have a turn in fortune and end up in their well-known fourth place. However, Wenger is not alone.

Longer serving fans that are well aware of the club’s glory days are more reluctant to protest against the manager. It mostly the new generation that are growing impatient with the French manager.

The worrying scenes appears to be that Manchester City have lured Pep Guardiola to the Etihad. Antonio Conte will be heading to Stamford Bridge while Mourinho could end up at Old Trafford.

It’s understandable why Arsenal fans are frustrated as it appears they are not progressing barring in mind Arsene Wenger is not getting any younger. What’s more frustrating is that all these clubs will look to buy big and could leave Arsenal behind.

The fans are not impressed with poor strings of performances from the players this campaign and blame Wenger. What’s worse is the fans believe Wenger blames then and has no empathy towards them. However, Wenger has apologised to the fans “ You want to make the fans happy. I am sorry if I don’t achieve it.”
Unfortunately with a year to go on his current deal, it’s not a replacement that Arsenal are looking to add. Arsenal fans will have to keep their fingers tangled and hope that Wenger can get it right next season. 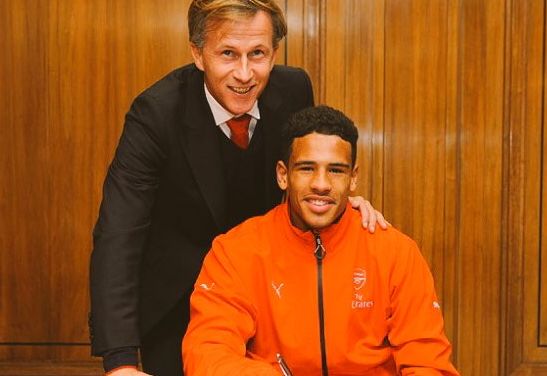