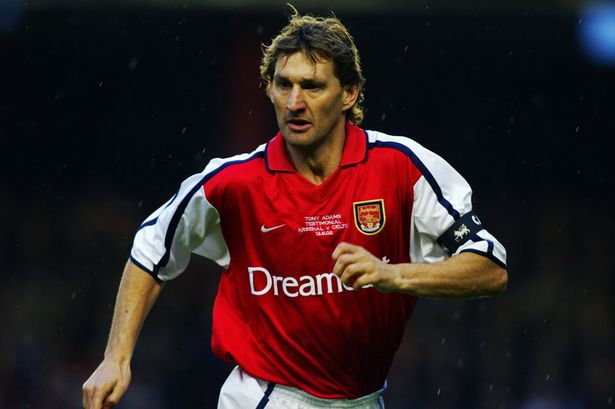 Former Arsenal icon Tony Adams has revealed that the Gunners increased his salary in threefold in a bid to keep him at North London, as Manchester United were keen on signing him during that period, as per Inside Futbol.

Adams, 48, was a fan favourite at the then Highbury having spent the entirety of his career at Arsenal, making over 650 appearances and scoring 30 goals for the North London outfit.

He won several trophies at that time, including the First Old Division title, the Premier League and the FA Cup titles. However, there came a period where Adams could have left Arsenal.

Adams revealed, as reported by the aforementioned source, that prior to Arsene Wenger’s appointment as manager of Arsenal, Sir Alex Ferguson was very keen to take the player to Old Trafford – an offer Adams cogitated about.

But the Gunners swiftly moved to show how important the player was to them in a bid to keep him.

“I found my salary tripled, which was amazing,” Adams revealed in an exclusive interview with Inside Futbol.

“Arsene came and the rest is history. I never felt the need after that to look anywhere else.”

Adam’s former club Arsenal have made a mixed start to their league campaign, having won three out of the six games they played this season. They now face another difficult task of clinching maximu points when they face Tottenham in the League Cup on Wednesday evening.