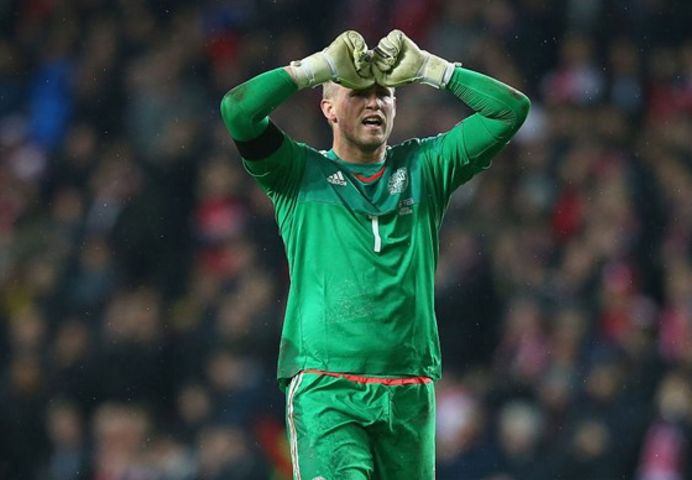 With the end of the January transfer window already in sight, there’s plenty of things going on Premier League right now, and Leicester City seems to be the club losing some of its key players and staff. The transfer window opened with a number of rumors and reports linking its top players (Jamie Vardy, N’golo Kante and Riyad Mahrez) to a number of clubs.

2 days ago, Leicester City suffered a major loss as Arsenal had signed their head of technical scouting, Ben Wrigglesworth with reports still indicating that the Gunners may still sign Leicester’s assistant boss and head of recruitment Steve Walsh.

Today, it is reported that Manchester United have also launched their raid on the Foxes by making a surprise move to sign Leicester City goalkeeper Kasper Schmeichel, who may make a good replacement for David De Gea should United be unable to prevent De Gea from leaving Old Trafford.

Although De Gea recently claimed that he would wish to stay at Old Trafford, Real Madrid are reportedly still interested in the highly-rated Spanish shot-stopper.

Besides, even though the La Liga giants have been slapped with a transfer ban issued by FIFA, these does not come into influence until the summer and therefore the Santiago Bernabeu club are free to sign players in January.

It is believed Real Madrid are working hard to convince FIFA to defer the ban for an additional transfer window to allow the sign players in the summer, thus making a move for De Gea from United very possible.

Should that scenario occur, Real may well lure the Red Devils with a rewarding offer for de Gea.

United have Victor Valdes and Sergio Ramero on stand-by but neither are accomplished enough of helping the club return to contender status in the Premier League, like de Gea.

And it is for this reason that United are considering Schmeichel as the best replacement for de Gea.

United assistant manager Ryan Giggs is a big fan of the 29-year-old shot-stopper and would be keen for the club to sign him.

Schmeichel has played a great part, since he established himself at top level, to helping Leicester City make a successful Premier League campaign this season.