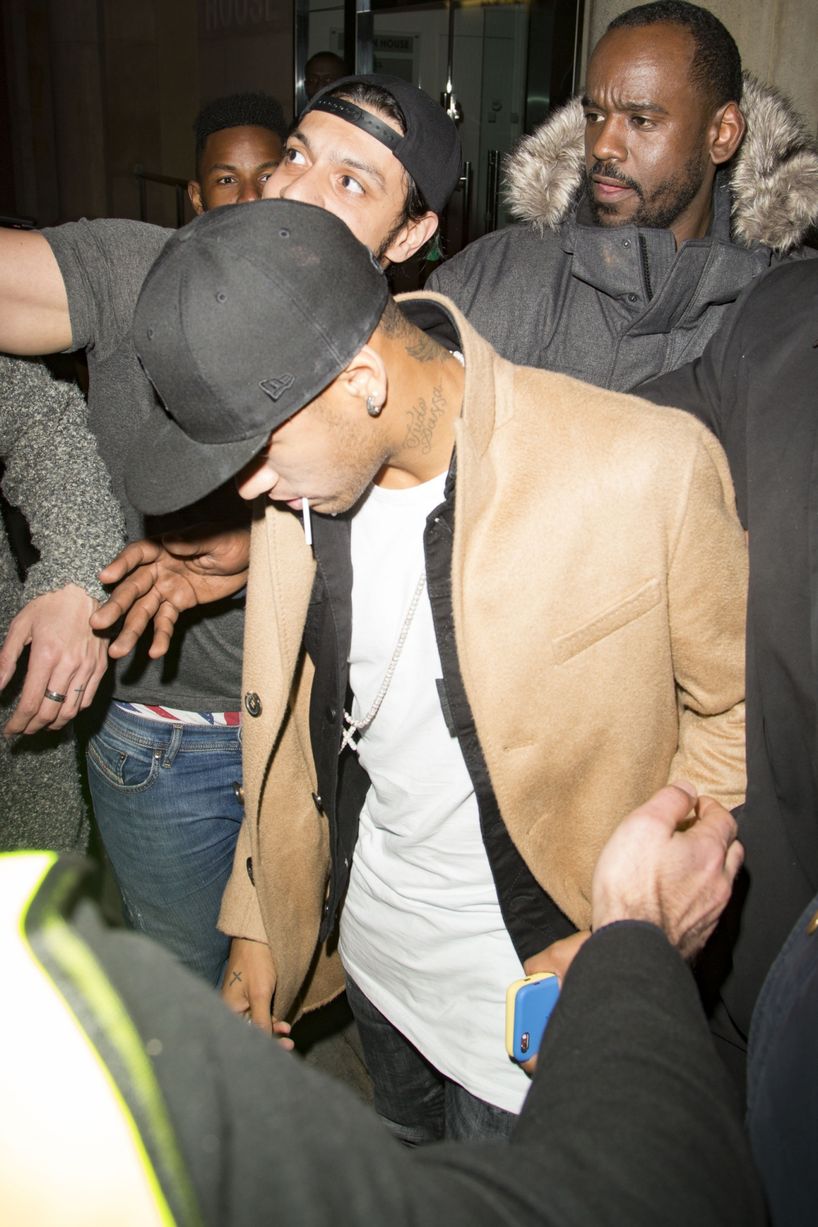 It is widely believed that Manchester United have been making enquiries about the availability of Brazilian superstar Neymar as they look to build a new squad of world class players for next season. They are likely to have a truly world-class manager at the helm, with Mourinho said to be coming very soon, so who […]

Manchester United are looking to reignite their interest in want–away Real Madrid midfielder, Toni Kroos. The 26-year-old German star could have joined the Red Devils had it not been for yet another blunder from Louis Van Gaal. The Dutch pulled the rug on a proposed move two years ago. The hunt for Toni Kroos could […]

By By Far The Greatest TeamPosted on May 1, 2016January 9, 2017Posted in Arsenal, Newsnow FeedTagged Arsenal

Arsenal may well look to add some much needed firepower to their team. The Gunners are reportedly interested in bringing one of the Premier leagues rising star- Riyad Mahrez. The Algerian has had a season not short of brilliance as he recorded a staggering 11 assist and 17 goals in his first campaign in the […]

By By Far The Greatest TeamPosted on May 1, 2016January 9, 2017Posted in Chelsea, Newsnow FeedTagged Chelsea2 Comments on Chelsea boss opens up on stunning mega summer transfer

The Manchester United transfer gossip is heating up and the latest player to be linked with a move to Old Trafford is Barcelona midfield maestro Sergio Busquets. Busquets is reportedly refusing to sign a new contract after demanding a pay-rise and not getting one. Spanish news Outlet, Marca, reckon that Barcelona would rather cash in […]

Manchester United are on the verge of sealing their first transfer. The deal to bring in Renato Sanchez to Old Trafford could cost United a staggering £80 million. It is believed the deal is similar to that of Anthony Martial; the fee is inclusive of large bonuses based on player performance and success. United would […]

By By Far The Greatest TeamPosted on April 30, 2016January 9, 2017Posted in Manchester United, Newsnow FeedTagged Manchester United4 Comments on Confirmed: Playmaker agrees on a Man Utd move: “I have a good feeling“

Feyenoord youngster Tahith Chong has confirmed that he is moving to Manchester United. The 16-year-old stated he has had a ‘better feeling’ after meeting with the club’s representatives. Chong has been playing impressively for the Eredivise giants Under-17 side for the past two seasons, as a playmaker controlling the pace and tempo of the game for them. […]

By By Far The Greatest TeamPosted on April 29, 2016January 9, 2017Posted in Arsenal, Newsnow FeedTagged Arsenal

The 2016/2017 season might not be here yet but Arsenal FC supporters have gotten a glimpse of what their away kit for the 2016/2017 would look like as it has reportedly been leaked online and has a very similar design to the one they wore during the 2013/14 campaign. The Gunners recently had to deal […]

Memphis Depay’s Manchester United nightmare might soon be over, according to sources close to the star who say that Depay will be sold to either Liverpool or West Ham United at the end of the season. West Ham and Liverpool have both made moves for the player as they believe they can bring out the […]

20-time English champions Manchester United have handed a trial to Keith Groeneveld and the young defender has uploaded pictures of his first day at Carrington. The 16-year old youngster has flown to Manchester from his Belgian club KV Mechelen and is spending the week with the Reds before returning to his parent club. The South African defender, […]

Jorge Mendes, Jose Mourinho’s agent, was reported to be at Manchester, while his other client, Portuguese star Cristiano Ronaldo, was across Manchester at Etihad Stadium watching his Real Madrid side played out a goal-less draw against Manchester City in the Champions League semi-final first-legged tie. In addition, he is also the agent for Benifica man […]

With another poor season under the management of Louis Van Gaal, Manchester United needs quality reinforcements this summer to get back to winning ways. It is reported that they have already started planning for next season, by lining up a deal to sign a top dynamic midfielder from Primeira Liga outfit Benfica. Renato Saches, the young […]

Arsene Wenger has come under increased pressure to step down from his position as Gunners boss at the end of this year as another trophy-less end-of-season season looms. Arsenal looked strong in the first half of the season, unbeatable even, but they capitulated midway through and will end the year in 3rd place with no […]

The world renowned superstar has been linked with a move away from the Santiago Bernabeu, with former club Manchester United and French champions Paris Saint-Germain keen on him. However, according to his mother, Cristiano Ronaldo is currently happy at Real Madrid and is planning to finish his career at the Spanish club. The prolific goalscorer has […]

When Jose Mourinho takes over at Manchester United at the end of this year, as now looks inevitable, big money signings will surely be made to get United competitive again. One target that could be on his way to Manchester is Polish marksmen Robert Lewandowski. The lethal striker has been playing under Pep Guardiola at […]

By By Far The Greatest TeamPosted on April 27, 2016January 9, 2017Posted in Arsenal, Newsnow FeedTagged Arsenal

Arsenal look set to beat Juventus and land 16-year-old wonderkid, Dusan Vlahovic, from Partizan Belgrade this summer. The highly rated and massively scouted youngster has been turning heads all season with his mature performances on the pitch in Serbia. The tall, silky attacker has broken into the Partizan first team at just 16 years of […]

The season isn’t even over yet and the rumor mill is heading into full swing. The transfer window might not be open yet, but Manchester United look set to name their first signing of it when they announce the signing of Renato Sanches. Ed Woodward looks set to announce the deal is finalized as United […]

By By Far The Greatest TeamPosted on April 27, 2016January 9, 2017Posted in Chelsea, Newsnow FeedTagged Chelsea

Oscar hinted at his departure from the Stamford Bridge this summer after liking an Instagram post that states that Massimiliano Allegri wants a guarantee that he can sign him if he is to renew his contract with Juventus. Juventus have already expressed their interest in Oscar’s signature, and when he liked the Instagram post, it […]

By By Far The Greatest TeamPosted on April 27, 2016January 9, 2017Posted in Arsenal, Newsnow FeedTagged Arsenal

English midfielder Jack Wilshere is reportedly close to agreeing a new deal at Arsenal. Arsenal manager, Arsene Wenger is about to add to his list of blunders as the club is set to offer injury prone Jack Wilshere a new contract, this decision is surely going to incur the wrath of the Arsenal supporters as […]